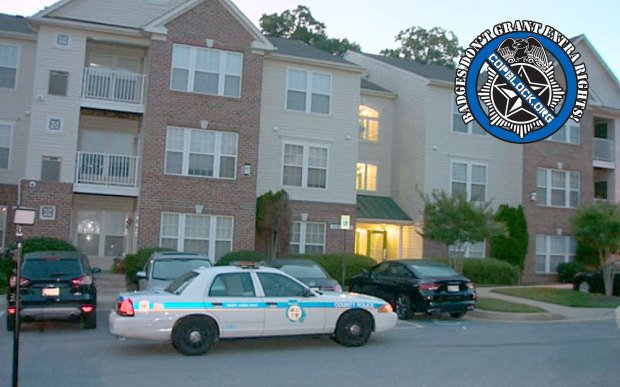 Officers Wilkes, Besaw, and Stargel initially were called to a home after a report of a domestic disturbance taking place inside. After hearing sounds of a fight within the building, they forced their way in to the residence. Once inside, they encountered 41-year-old Spencer Lee McCain, who according to them took a “defensive stance.” It’s not really clear WTF that actually means, but by definition a “defensive” stance is not an offensive act. Regardless of that, the three officers responded with at least 19 gun shots killing McCain. Although they claim they believed he had a weapon, no weapon was ever found.

Obviously, after the in custody murder of Freddie Gray by other members of the Baltimore Police Department and the resulting riots, Baltimore tends to be on edge about that city’s police and their history of violence against its residents. This is not likely to make things better.

More on officer involved shooting – Police say several Baltimore County officers opened fire on a man who produced what appeared to be a weapon. #OwingsMills