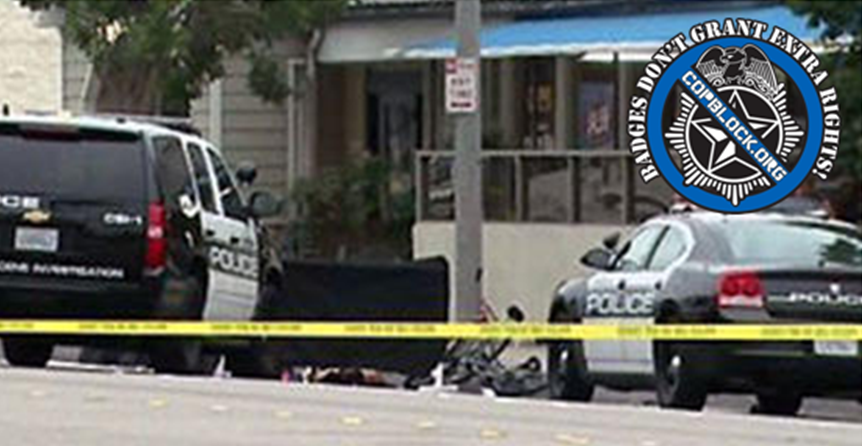 Police organizations in L.A. County and elsewhere in California are attempting to thwart the release of dash-cam footage showing Gardena officers seriously wounding an unarmed man and killing another in 2013.

The shooting happened on June 2, after a police dispatcher mistakenly told officers that two suspects who stole a bicycle outside a CVS on Western Avenue had committed an armed robbery.

Police responded to the scene and saw two friends of the bike theft victim riding bicycles east on Redondo Beach Boulevard as they searched for the missing bike.

According to prosecutors, who reviewed three dash-cam videos of the incident, Sgt. Christopher Cuff mistook the men as the thieves and ordered them to stop and put their hands up.

Ricardo Diaz-Zeferino, brother of the man whose bike was stolen, ran up to his friends as they stood near the police car and began yelling at the sergeant.

Prosecutors say Diaz-Zeferino, who didn’t speak fluent English, raised his hands, pounded his chest with both hands and said something that could not be understood.

One of the mans friends claimed Diaz-Zeferino was explaining to police that they had stopped the wrong people.

After two more police cars arrived on the scene, three officers engaged Diaz-Zeferino with guns drawn before he reached into his pocket and dropped an object on the ground.

Prosecutors say the footage shows the man raise his hands and again remove something from his pocket before an officer yells, “You do it again, you’re going to get shot!”

Diaz-Zeferino removed his baseball hat, lowered his hands, and as he began to raise his hands again, the three officers opened fire, prosecutors say.

He was struck eight times and died from his injuries.

Another man, Eutiquio Acevedo Mendez, was also hit and suffered a gunshot wound to the back, leaving bullet fragments lodged near his spine.

Police claim they feared Diaz-Zeferino had a gun but an attorney representing the families of both victims say the videos show that Diaz-Zeferino’s right hand was clearly empty and in front of his body when officers opened fire.

The city of Gardena paid $4.7 million to settle a civil rights lawsuit filed by the families.

Several news outlets, including the Los Angeles Times, the Associated Press, and Bloomberg are attempting to make the footage public, arguing that by not releasing it, Gardena police are violating public information laws.

Attorneys for the California law enforcement organizations warn that releasing the footage could undermine trust in the police and say the city settled the lawsuit believing the recordings would not be made public.

“The defendants paid over $4 million to buy their peace,” police attorneys said.