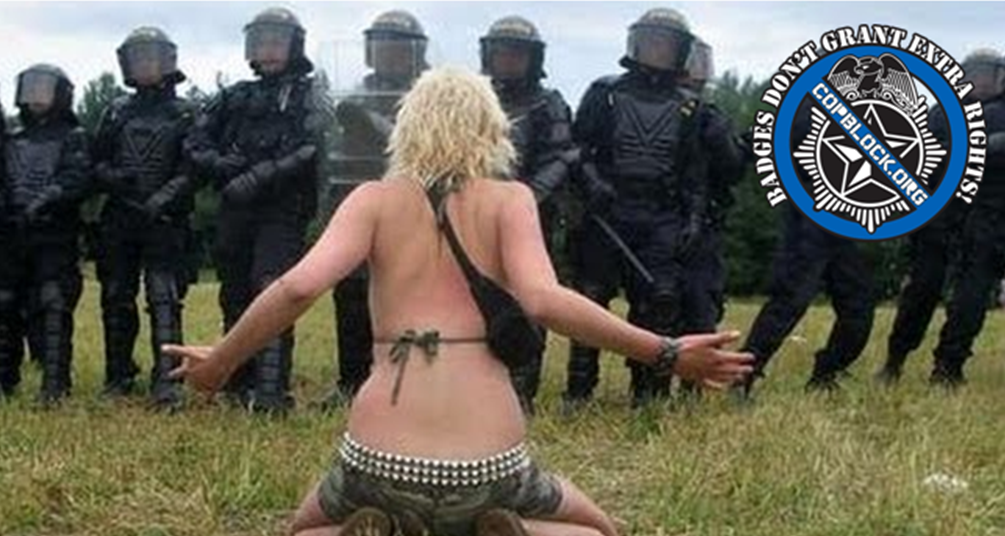 In a lawsuit filed in federal court, a Wisconsin woman is claiming a male Mequon police officer illegally strip-searched her while being booked into jail after a traffic stop in 2011.

Lauren Howie Laur alleges in the suit, which began being heard in U.S. District Court Monday, that Officer Michael Kranz broke Wisconsin law by taking pictures of her partially naked body before Officer Tyler Gaidish hit on her, hugged her and told her he wished they had met under different circumstances.

Laur was stopped by Gaidish at around 1 a.m. on Feb. 25, 2011 and was arrested for possession of a controlled substance and possession of drug paraphernalia. She was 21-years-old at the time.

The lawsuit says that during Laur’s booking, Kranz fingerprinted and photographed her before asking if he could take pictures of her tattoos. Attorneys say the incident was captured on video, but that footage has not been made available to the public.

Laur claims no effort was made by the officer to have a female officer photograph her tattoos, as required by Wisconsin state law, and that other identifying marks, such as scars on her face and feet, were not photographed, while her tattoos – “one under her breasts and one in her pubic area,” made it into the police report.”

“There is simply no legitimate legal, constitutional basis, rationale or reason why tattoos in two bodily areas that could not even be observed if plaintiff was wearing a bikini, were photographed,” the lawsuit says.

Laur also claims that when her mother came to get her from the Police Department, Officer Gaidish kept touching her shoulder and upper arm before embracing her, and saying, “I am sorry we had to meet under these circumstances.”

The lawsuit says that several weeks after her release, Gaidish appeared at Laur’s work-place, Tulip Restaurant, and sat by himself in the corner and stared at her.

Attorneys for the City of Mequon assert that the photographs taken of Laur’s tattoos did not constitute a strip search.

Mequon Police Chief Steven Graff, testified Monday that there was “nothing inappropriate in the photos that would require a female officer to take them.”

More than 60 people have filed civil rights lawsuits against Mequon and the Milwaukee Police Department alledging improper strip and cavity searches since 2008.