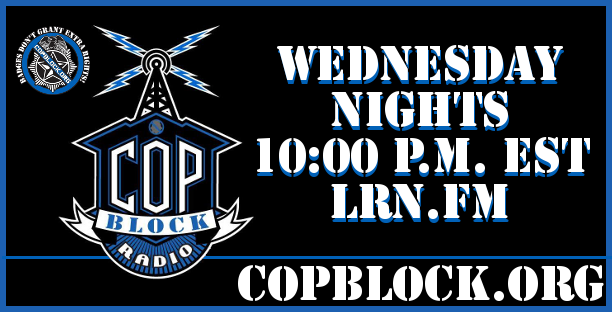 CopBlock Radio broadcasted live from Porcfest 12 last week. We were honored to have many guests for that show, but the highlight for me was Lynn Ulbricht, Mother of Ross Ulbricht, the founder of “The Silk Road,” and political prisoner of the United States. Check out our interview with her where she details how the government violated her sons rights in order to take down the popular site.

In the second segment we had Micheal King of Rhode Island on. After chatting with him a while we spoke with Daryl Perry, candidate for president. We talked about his campaign, as well as some of his other activities, and the release of his new book. Daryl is an extremely busy guy in the liberty movement. I don’t know when he sleeps!

Finally we spoke with the CopBlock Radio founder. A man without whose efforts, we wouldn’t even have a show to do. Eric Freerock came on and discussed how he got CopBlock Radio started and some of his CopBlocking escapades of yore.

Eric works at Porcfest every year setting up the audio visual stuff. Without him and the rest of the A/V guys, Porcfest would be just a bunch of folks gathered at a campground with a megaphone and some tin cans on strings. Thanks to their work it is an event filled with speakers and bands with a proper platform to shout liberty to the masses!

Don’t forget to check out CopBlock Radio every Wednesday at 10 PM EST, on LRN.FM. CopBlock radio spreads the message that badges don’t grant extra rights over the airwaves for all to hear. Don’t miss it!