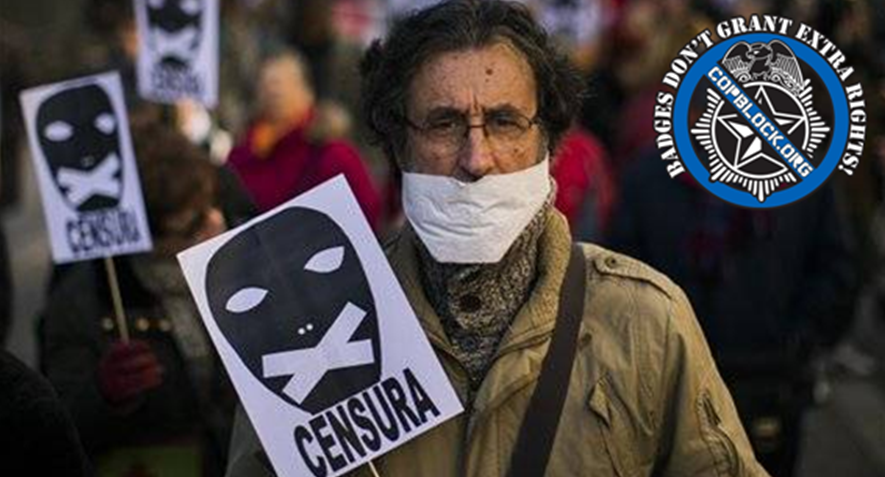 In what has being hailed as a “reform” by the government of Spain, citizens will now face draconian restrictions on speech and assembly.

Passed in parliament last December on behest of the conservative Partido Popular (Peoples Party), the Spanish Citizens’ Security Law went into effect July 1, criminalizing among other things, criticism of government and police as “terrorism.”

Advocates of the measure justify the crackdown citing “the social changes in the country [and] new forms of protest putting citizens’ security and tranquility at risk,” and say “uncontrolled anti-system groups” have been “taking advantage of the system.”

Citizens now face up to €600,000 fines for “unauthorized protests near critical infrastructures” like nuclear power plants and transportation hubs, and up to €30,000 fines for:

Other “minor offenses” like showing a “lack of respect for police officers,” occupying public or private spaces, and climbing on buildings or monuments are punishable by fines of €600.

The bill also defines the following as “terrorism”:

The Spanish government is also taking actions to ban video recording and photographing of suspects being taken into custody by police, and say the Orwellian laws are “deeply democratic” and aim to secure the “normal, free living of everyone.”

In a country that only emerged from a fascist dictatorship in the late 1970s, critics have labeled the measures “the worst news for Spanish Democracy since Fransisco Franco.” They are asking Spain’s Constitutional Court for full revocation.

Under the new rules, CopBlock.org would be considered a “terrorist website.”