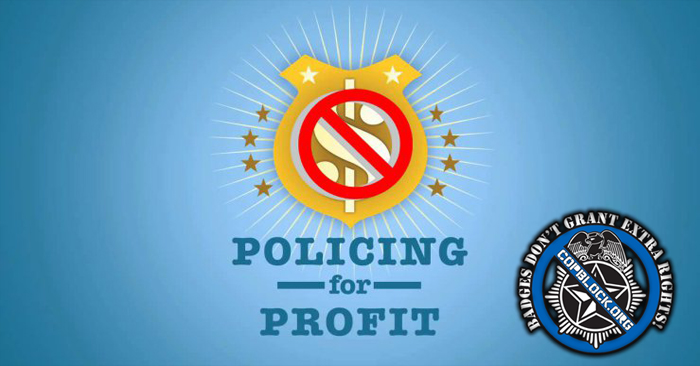 On Wednesday, laws enacted earlier in the year in Montana and New Mexico went into effect, limiting the ability of police and other law enforcement agencies to use civil asset seizure laws within those states. Civil asset seizures, also commonly known as forfeiture laws, have been some of the biggest drivers of police abuses since they were partnered with the “War on (Some) Drugs” back in the eighties. The size, militarization, and lethality of police departments have all increased in leaps and bounds over the past few decades, as a result of that unholy partnership.

Once the easy access to cash that seizure laws created became a temptation and, in many cases, evolved into a budgetary necessity for police departments and local governments across the country, abuses skyrocketed. Oftentimes, lethal raids and prosecutions have been predicated more on the desire and expectation of collecting assets from the target than ant actual strength of evidence. Along the way, there’s been numerous high profile cases where that evidence and other probable cause elements were even fabricated outright. The hunger for cash has precipitated an increasing tendency toward the prosecution of victimless crimes and prohibitions. No-knock raids, carried out by heavily armed SWAT teams, have become the norm in most large cities and even some smaller ones throughout the United States, as a result. Mistakes, or even intentional acts of malfeasance, have led to an exponential growth in deaths of non-violent offenders, most of whom don’t actually harm anyone except maybe themselves, and even innocent people caught up in the deadly cross fire.

The even bigger reality is that forfeiture laws themselves are an abuse of the legal system and an affront to basic civil rights . In theory, they allow law enforcement to eliminate illegally earned assets that have been laundered and to hurt criminal enterprises’ ability to fund their operations. In practice, very tenuous links to criminal activity have been used to seize money from people with very little to no due process involved. If you set out with the express purpose of creating a police state it would be difficult to find a better method to bring that to fruition.

Completely innocent people, who happened to be in possession of what police consider to be unusually large amounts of cash, have essentially been victims of highway robbery, even when they’ve had perfectly reasonable justifications for having it and despite the fact that shouldn’t even be a requirement. Other people have had property, such as real estate or transportation equipment (i.e. planes, trains, and automobiles), stolen from them even though they were just renting it to someone else and had no actual control over or knowledge of its specific use. Pretty central to those two abuses has been the lack of a requirement for a conviction (or even charges in most instances) for seizures to be upheld, as well as the reversal of the normal judicial roles. In civil forfeiture cases, the accused has the burden of proving their innocence and that burden is often very high and prohibitively expensive. That’s especially true since the one they are required to prove that to many times is also dependent on the ill gotten gains generated by seizure profits.

Montana’s version of seizure reform addresses some of those issues by making it a requirement for targets of asset forfeiture to be convicted of a crime before their property can be taken. It also forces prosecutors to prove that third party owners were involved in the criminal acts where their property was used, in order for it to be seized.

New Mexico went one better and took the purse strings out of the hands of local law enforcement altogether. As Montana’s did, the new law makes seizures contingent upon a criminal conviction. However, even in the event of that, funds generated by forfeiture go into a “general fund,” rather than directly to a defacto slush fund for police departments making those seizures. Not allowing law enforcement entities to fund themselves through asset seizures obviously removes some of the incentives for them to look for opportunities to bring that proverbial hammer down.

Like most reformist measures, both of these represent a step in the right direction, but not a complete solution. Requirements for convictions and due process within forfeiture procedure can go a long way toward preventing the outright stealing of assets. However, Montana still allows police to directly profit off seized funds. While there’s more protection after the fact, the temptation to risk “breaking a few eggs” in order to make that golden omelet remains.

Also, while the general fund in New Mexico doesn’t directly finance police departments, their budgets are included within it. Therefore, the amount that is sent their way can be shifted in relation to the revenue generated by forfeiture to ensure they get their “cut” by politicians wishing to curry law enforcement’s favor and/or wishing to pump their own budgets up. Loopholes are not hard to find and they rarely take long to be exploited by people whose jobs largely consist of doing exactly that.

Beyond those issues, the real and most dire problem is that once an innocent person is killed or a baby’s face is permanently disfigured in a money driven paramilitary raid, that bell just can’t be unrung. A truer solution would be to abolish both civil asset seizure and the War on (Some) Drugs that spawned its abusive crime spree in the first place, altogether.