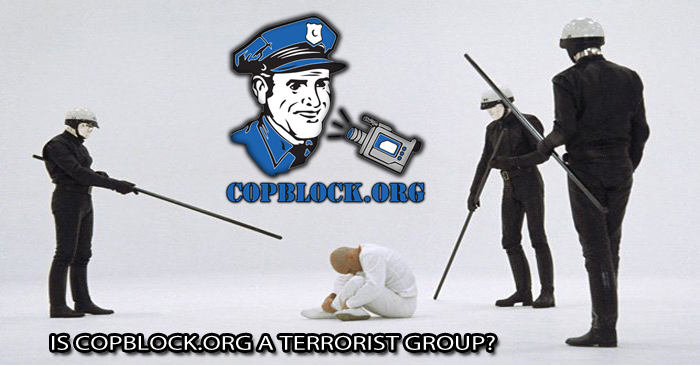 One of the many claims made by police and their most mindless supporters on the web and especially in social media is that CopBlock.Org is a terrorist group. Is there any truth to these accusations? To find out, lets get a definition of terrorism and see how CopBlock rates as a terrorist organization compared to how our law enforcement agencies do.

The following is the legal definition of ‘terrorism’ per the FBI, from their website: I think it is pretty clear who the terrorists are here. If you expanded the comparison beyond police to other government agencies and activities at home and abroad you would find that, by their own laws and definitions, the US Government is itself one of the most powerful and out-of-control terrorists organizations in the world. While CopBlock.Org has no desire or intention to commit any of the stated acts, nor to encourage others to do so.

So next time some LEO, copsucker or random troll tells you that WE are a terrorist organization, show them this article. But be careful, these types hate facts and may resort to terrorism in order retaliate against your use of them. This is most often because they fallaciously think, as do toddlers, sociopaths and psychos, that Might Makes Right. The world that the CopBlock Organization envisions is one in which Right Makes Might, meaning that it should be voluntary consent to morals, ethics, values and social law that creates a framework for cooperation, and not the threat of violence, as exercised by terrorists the world over.