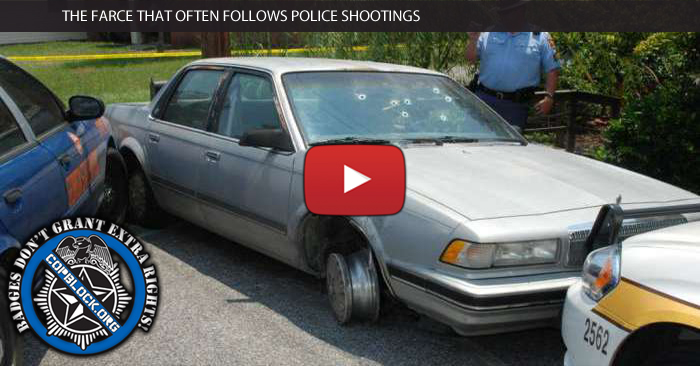 *The story below was originally published at NOLA.com by Jarvis DeBerry.*

In what is a brilliant example of journalism, the Atlanta Journal Constitution has a multimedia package on its website with the headline “Did Caroline Small have to die?” Small was a 35-year-old mother of two who was killed by police in Glynn County, Ga., in 2010.

Dimed in for reportedly using drugs in a mall parking lot days after her divorce was finalized, Small led police on a chase that never exceeded 35 miles per hour. The police lay strips on the ground that punctured and totally deflated her tires. According to the reporting for the story, the police had her trapped. Police cars were on two sides of her car, a utility pole was directly behind her, and a shallow ditch was at another side.

Police fired eight bullets. A recording captured officers talked about how true their aim was, how they saw the woman’s head explode.

Many investigations into police shootings are farce, but what followed the killing of Caroline Small might be the most farcical of all.

And, yet, nothing happened to the police officers.

The police tampered with the scene, moving one of the police vehicles that had Small pinned in and thereby giving the appearance that she had a path of escape.

The police chief took the side of the officers who fired their weapons.

The acting district attorney who wanted to seek an indictment from the grand jury was replaced by a prosecutor who met the approval of the police chief.

The district attorney also showed an animated film created by the Glynn County police that showed Small running into two officers, something that didn’t happen.

It’s an outrage, but it reveals the lengths to which police will go to protect themselves and how politically vulnerable prosecutors can be when they dare to go after police who are suspected of wrongdoing.

And if you weren’t already suspicious of police investigating themselves after the police fire their weapons, you’ll certainly see the absurdity of that practice after reading about what happened after the death of Caroline Small.

Read the story and watch the video at this link: “Did Caroline Small have to die?” Warning, the link contains dash-cam video and graphic photography.