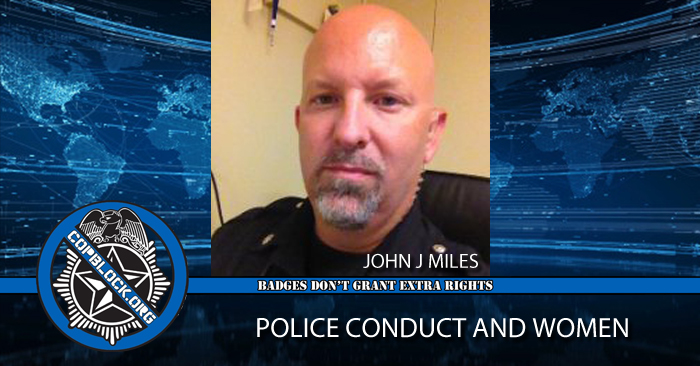 There are many issues facing American women today, from reproductive choice, equal pay and domestic violence. I want to bring another women’s issue to light that many of you may or may not be aware of because many women who are victims of it are afraid to come forward for the very legitimate fear of retaliation. That issue is sexual assault and rape at the hands of police. I know because I am a victim of it and when I came forward, I was punished.

In October of 2014 I was arrested for DUI. It is not something I am proud of. However, the treatment I received from the arresting officers, groping of my private parts to the extent that it left bruises on my breasts and threats of worse was something I did not deserve. I lost my license for a year due to chemical test refusal because the officer, John J. Miles of the Mifflin County Regional Police Department flat out lied on his paperwork. I thought my medical records proving I did indeed have a chemical test were good grounds for an appeal, so I filed my paperwork (which cost $125 just to file) and had my day in court.

PennDot sent their Chief Council, a goon by the name of George Kabusk to defend Officer Miles and destroy me, in front of my young children, who I had to bring with me to court that day because there was a snow day. They were very upset when Mr Kabusk threatened to have me put in prison for five years. Not only did I not win my appeal, but I am being further punished for filing one in the first place.

A few weeks later I received notice in the mail from PennDot that I would not get my license back ever unless I had a psychiatric evaluation. The area I live in is rural and psychiatrists are hard to find, and even then hard to get an appointment with. Not having a license makes it even more difficult. With all the time I have now that I am unable to work, I have been researching a disturbing trend. That is the way male law enforcement officers interact with women.

It’s shocking and discouraging to know that there seems to be little women can do to bring justice to those who assault them when said attacker is a cop. In talking to other women I know, I have also discovered that those who have had any kind of brushes with the law share similar stories of sexual abuse and subjugation. Getting a DUI, speeding ticket, possessing marijuana, or whatever the infraction may be shouldn’t be punishable by rape or any other kind of sexual abuse. I accept punishment for what I did, the act of driving under the influence. What I will not accept is over-punishment and sexual subjugation.

There may be little I can do about my own situation now and that makes me angry, not just for me but for all the women in this country who are prey to predatory police officers and cannot do a thing about it. I have a young daughter and it brings me to tears when I think about what I will have to tell her one day and that she too may someday become the victim of perversity protected by a badge. I believe Officer Miles relies on intimidation, fear and lack of funds to prey on the women he comes into contact with.

As I stated earlier, it cost $125 just to file an appeal. Mifflin County is a poor area. Officer Miles assaulted the wrong woman this time. For my daughter, my sisters, all other women in the modern police state and for my own peace of mind, I will not stay silent and if my voice can prevent even one police assault on another woman, it is worth it.