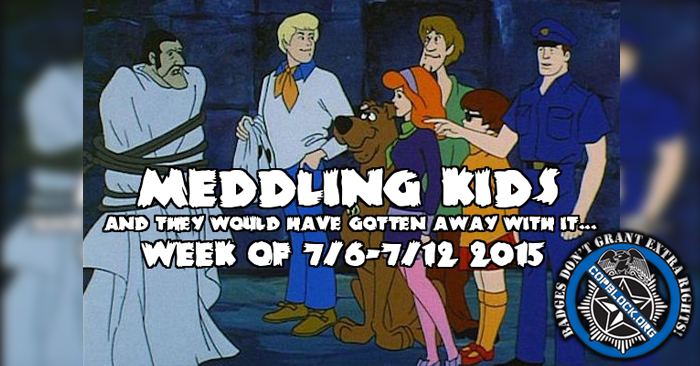 Police Add Insult To Injury After Mugging
“Either open your doors or open those job opportunities for officers capable of respecting the citizens of Baltimore and recovering the dignity of an institution that has proven itself to be nothing more than a joke.”

Michigan Cop Charges Black Graduate Student with Felony for
Driving to A Well-Lit Area
“I live in Detroit, and I know some people who were robbed by fake police officers,” Wallace said. “I was taught to find a well-lit area to pullover in. I was not speeding up, turning off my lights or trying to get away.”

Extreme DUI Arrest Could Cost Phoenix Cop His Job
“The arresting officer reported seeing a vehicle with only one headlight in the area of Highway 347 and Bart Road near Maricopa, which is south of Phoenix.
The law requires two functioning headlights. As the officer followed the vehicle, it reportedly was swerving from left to right and crossing the lane lines on both sides.”

FBI Probing Florida Police Shooting of Man with Air Rifle
“McBean, 33, was shot July 31, 2013, outside his apartment complex near Fort Lauderdale by Deputy Peter Peraza after 911 callers reported a man openly carrying what appeared to be a real rifle down a busy street. McBean’s family says it’s likely the music in his earbuds prevented him from hearing commands by deputies to drop what they later discovered was an authentic-looking air rifle.”

Coignard’s Family Plans $10M Lawsuit in Police Shooting Death
“The family of a teen shot and killed in the lobby of the Longview Police Headquarters plans to file a federal lawsuit on Tuesday. It comes after a grand jury declined to indict the three officers involved in the shooting death of Kristiana Coignard.”

2. Police Shut Down Family Soccer Game For No Permit – “Im In Charge Here”