This post was shared by Cappa O’Regan via CopBlock.org’s submit page.

Cannick explains “four cops had him, he wasn’t going no where. Thank God he lived — right now.”

Cannick’s website says that the video was just now made available, even while the arrest happened back on April 3rd.

The YouTube video shows the intense cruelty of the Philadelphia Police Department. Watch it and help us spread the word!

The man in this video has been identified as 22-year-old Tyree Carroll.

Clearly, there was no need for so many police officers to even be present at this scene, let alone be tasering and beating Tyree Carroll on the ground. These officers continued to beat the man as he lay, nonthreatening, at their boots. Some of the officers who showed up walked right over and began beating the man without considering the situation and observing that the man was already subdued. It seems obvious that the reason for such a heavy police presence and such excessive force is that members of the Philadelphia Police Department had an axe to grind with Tyree Carroll. What caused these police officers to be so angry at this person is currently undetermined, but whatever it was does not justify this show of blatant disregard for this man’s life and physical well-being. 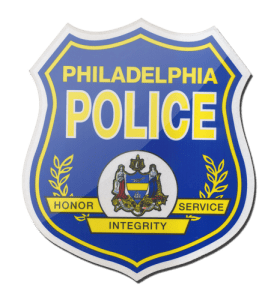 The actions of these police employees were not honorable, did not display integrity, and were in no way a service to anyone.

353
SHARES
FacebookTwitterGoogleRedditTumblr
DiggLinkedinStumbleuponMailPrint
You Can Support Cop Block by shoppping on Amazon using the banner below:
BANNERS ARE CLICKABLE