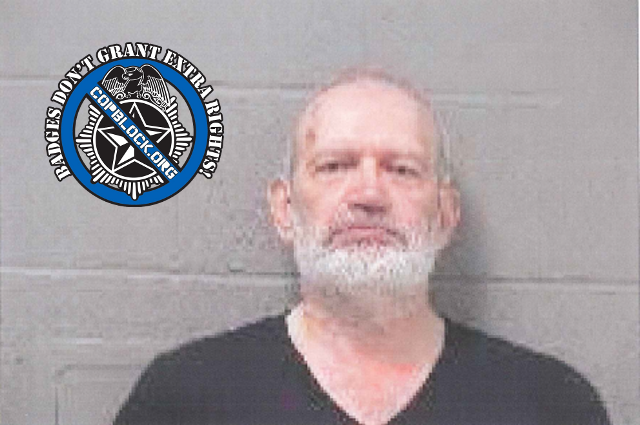 During an announcement within the last half hour, a Richland County Sheriff’s Office spokesman just admitted that the security guard, who shot his weapon during a confrontation involving Ohio Cop Blocker Mike Skidmore, intentionally shot (presumably) at Mike. Originally, it had been reported that the shot was an accident. Mike had been attending a Richland County Commissioners Meeting yesterday morning (July 9th) when the incident took place.

After Mike and others in attendance objected to the meeting being made private, he reportedly tried to photograph nametag of one of the court employees, which had been purposely obscured to prevent observers from recording her identity. As a result, other employees called the security guards into the meeting room. They then targeted Mike for arrest and, during what was described by police as a “scuffle,” one of the security guards drew his gun. Shortly after, the shot was fired. Fortunately, the bullet didn’t hit anyone within the crowded room, but instead, hit a wall.

Via “NewsNet5” from Mansfield, Ohio:

The Richland County Sheriff’s Office is now saying a shot fired inside the commissioner’s board room Thursday was intentional, not accidental as previously reported.

According to Richland County Sheriff Steve Sheldon, a fight broke out when the county commissioners began the closed section of their weekly meeting and asked everyone to leave the room.

The Mansfield News Journal reports Mike Skidmore became upset when asked to leave. He asked the clerk if he could take a picture of her nametag, grabbing her shoulder and turning the tag around.

A struggle ensued when the commissioners called security guards to remove Skidmore from the room.

A witness told authorities that it seemed accidental. However, the sheriff’s office later learned the gunshot was fired purposely.

An investigation is ongoing.

At the time, Mike was completely unarmed and according to witnesses was not resisting. That and the fact that this incident took place within a crowded room makes this most recent development troubling, to say the least. Frankly, this gets a little more crazy with each new bit of information that comes out.

Once again, we ask that you call and/or email to ask what the situation is with Mike Skidmore and to put pressure on them to release him and his camera equipment with all video intact and drop any charges against him:

And as before, stay tuned for updates as they become available!