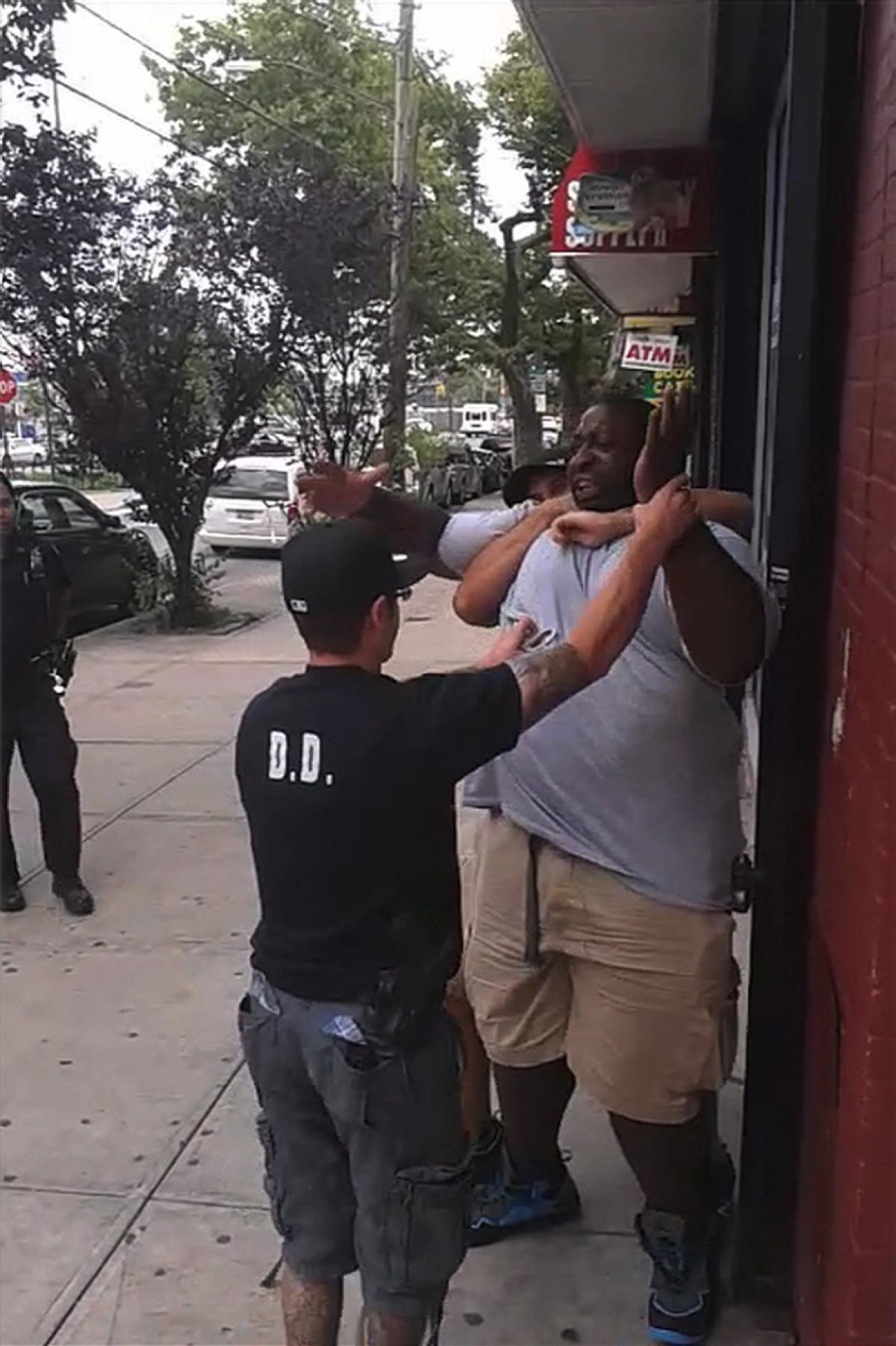 UPDATE 4:00am: Not even 12 hours after writing the post below the news broke that the Garner Family has settled their lawsuit for 5.6 million dollars. According to Countercurrent News:

After an initial rejection of $5 million, the family of Eric Garner accepted a settlement deal for nearly $6 million later in the day Monday.

The City of New York reached the settlement with Garner’s family after lengthy negotiations and disagreements about a sufficiently punitive dollar amount.

After previously rejecting the $5 million figure, the family agreed to $5.9 million paid out by the city, in order to get them to drop a much larger $75 million wrongful death lawsuit over the killing by the NYPD last July on Staten Island.

There were only a few days left before the one year statute of limitations deadline for the family to formally file suit. With that date approaching in less than a week, the City became increasingly willing to negotiate first thing Monday.

While far from the $75 million figure, this is one of the largest wrongful death payouts reached so far in New York.

I guess I had the wrong feeling about the meaning of the rejected first offer and am happy that the family was able to close this chapter of this horrific story. The last remaining question is will the feds, or NYPD, do anything to Pantaleo? And how long before that decision is made?

If you aren’t living under a rock than the name Eric Garner probably rings a bell for you. Yet, for those of you who do live under rocks, let me explain who Eric Garner was. He’s the man who was choked to death by New York Police Officer Daniel Pantaleo after police suspected him of selling ‘loosie’ cigarettes to people on the street. Of course, the City Government created this ‘crime’ when they repeatedly jacked up the tax on cigarettes, which created the demand for singles instead of entire packs. This is a victimless crime because Eric wasn’t harming anyone and was only trying to achieve two things. He was trying to provide for his family and a service (the sale of a single cigarette) voluntarily to others. For these ‘crimes’ he was surrounded, attacked and killed by a number of New York City police officers – the largest division of the largest gang in the world.

Nearly a year has passed since Eric was murdered and though there’s been a slew of other officer involved murders since then the world, especially New York residents, have their eyes fixed on the outcome of Eric’s tragic death. Today one of the steps towards a conclusion was taken when the family members of Eric’s declined a five million dollar offer to settle their lawsuit (which hasn’t even been filed officially yet). This is just a small step in the process, receiving an offer from the city, but a huge one – IMO – of the families. They seem to be preparing to go toe to toe with the big bad city government of NYC and money is not the main course of concern. Sure, they intend to file their suit in federal court for 75 million (16 times that of the cities offer) but, to me, that says they want to hurt the city more than collect a big pay day.

I’ve been covering police stories for nearly 10 years now and I can’t recall a settlement over 15 million dollars. A quick google search for “largest police abuse settlement” produced the result of the Chicago Police paying out 33 million dollars in 2013. Therefore, 75 million would be double that, plus some, and should send a very clear message to police departments everywhere, that if you decide to kill people you may go broke. Well, maybe not with government backing but that too can only last so long, yet, another topic for another time.

So what are the ‘city officials’ going to do? The word on that hasn’t come to light yet. Normally when you refuse a government deal they bring all they can at you. In fact, the family’s attorney is facing rape allegations and I wouldn’t be surprised to hear – later down the road – that such allegations were sourced as some sort of way to bring Eric’s case back into the city’s favor (the attorney has countered sued in that case). For now, that’s merely speculation but what isn’t is the bravery, courage and determination the family members are displaying here. So many families are either forced into the settlements or choose to take the offer because they simply want closure. I’ve got nothing but love and support for the Garner family who have shoved the fast money in the cities face and are truly seeking their sense of justice. I hope they clean out the entire bank account of the NYPD and bankrupt the entire city government too. Maybe then the people of New York won’t have to fear being choked to death for selling a goddam cigarette.