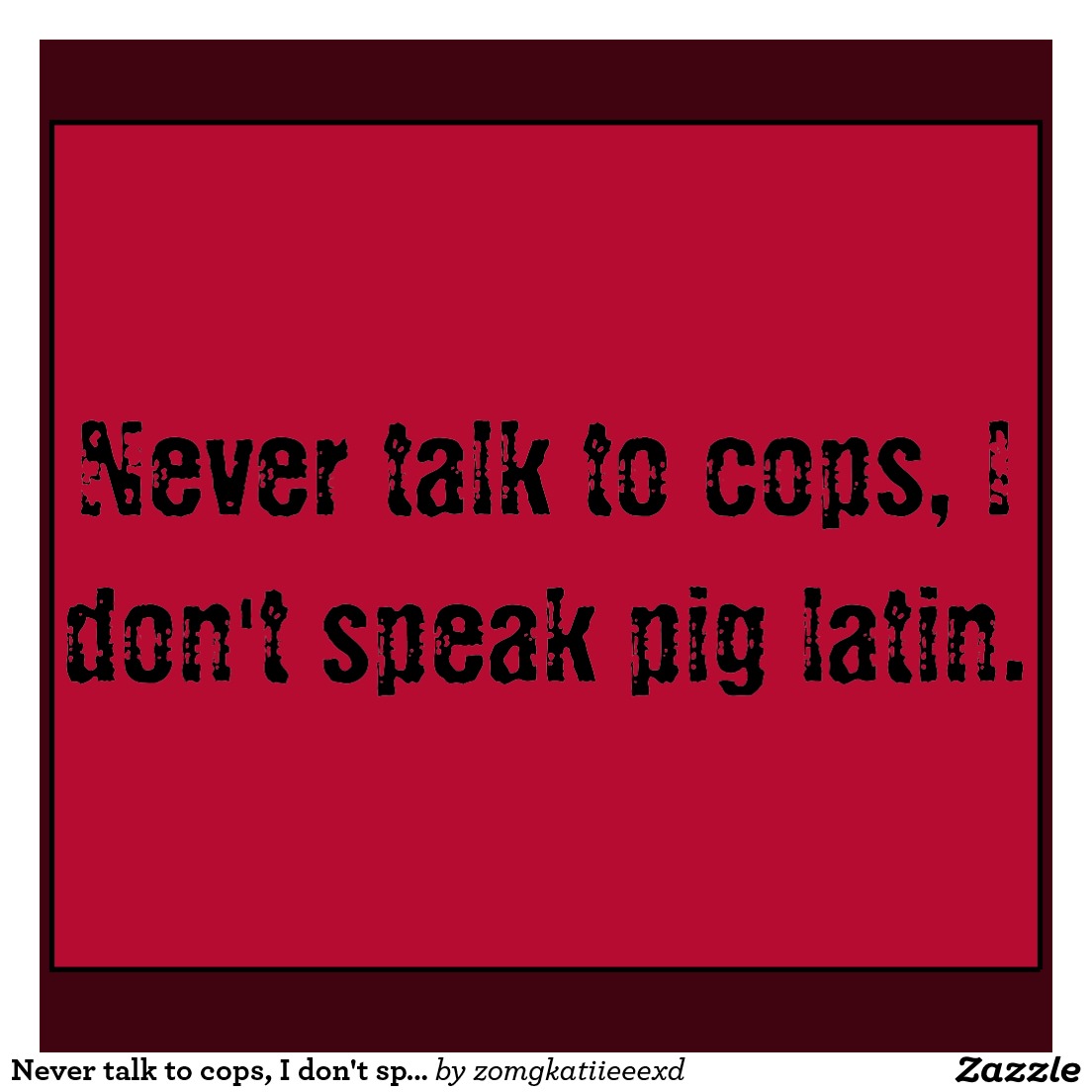 Kyle Hammond was conducting a first amendment audit of an FBI building in Henrico County, VA when Officer Hughson approached with a line of questions. Choosing to exercise his right to remain silent Kyle decided to not say a single word. Now many people have said you shouldn’t talk to police, I know I’m one, but not many have actually put that to the test. Does it work? Do the police allow you remain silent and walk away? I know I’m too much of a loud mouth to actually keep it shut when CopBlocking – and sure that’s lead to an arrest or two in my day – but I’m glad Kyle decided to take up this police officer experiment. Luckily for us – in terms of education – Kyle recorded this experiment for us all to learn from, see video below.

I guess that settles that. It seems, from the video above, that remaining silent won’t get you very far when talking with police. I’m not saying I don’t support or believe that this tactic should work, especially with this video, Kyle’s actions were clearly legal. Yet, in the police state we currently live in, not obeying police officers requests – as that’s all it is without legal backing (per their rules) – is subject to police aggression (aka: arrest). Kyle was charged with obstruction of justice.18.2-460(A) which states: D. Any person who knowingly and willfully makes any materially false statement or representation to a law-enforcement officer or an animal control officer employed pursuant to § 3.2-6555 who is in the course of conducting an investigation of a crime by another is guilty of a Class 1 misdemeanor.

Law is so confusing, right? It’s hard to tell if the obstruction, in the officers (messed up) mind, was for the filming or the failure to ID. Either way, the state is going to have their hands full trying to cage Kyle over this offense. In fact, they’re probably going to find themselves with a lawsuit instead of another inmate to work, thanks to grumpy old Hughson. The right to record in public space, including that of government buildings, has been clearly established in the courts already, so that’s not an issue. This leaves the act of failing to ID as the only source for the code violation and that too has clear legal precedents in the courts already – see here.

What can we learn from this? I think one could learn that the only thing that one should say to the police when approached like Kyle is, “Am I being detained or am I free to go?” This would force the officer to state what legal obligation you have to follow their demands or it would show that what the officer is asking you is merely a request. Either way, if the officer tries to BS you into providing ID you can prove that with your video, but since most officers probably know that, it would probably lead to you being able to say, “if I’m not being detained than I’m going to leave.”

Much respect to Kyle for his brave actions and the best of luck in his upcoming court cases. We’ll keep you updated as this story plays out. Until then consider calling, commenting or taking the time to voice your concerns directly to the Henrico County Sheriff’s department.

Sargent Middlebrook is the supervisor of the officers (Hughson and elliott) and the department number is 1-804-501-5000.