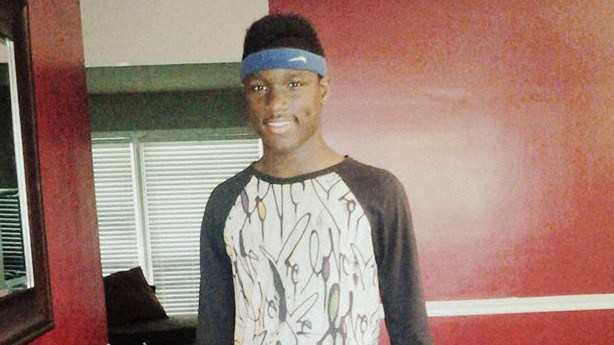 Yet another police shooting in the St. Louis area over the weekend has things heating up again after the months of turmoil following the killing of Michael Brown in nearby Ferguson.

Trigger Warning- Automatically justified…The kid who was shot had a gun!
The presumption of police innocence is almost always immedietally established by police and the crony mainstream media. In this way they attempt to control the narrative by making the stories of their victims irrelevant before they can even be heard. But the claims by police used to justify their deadly behaviors are also only unfounded claims, and should carry no more weight than claims by witnesses, family members and others critical of the official narrative. In the interest of keeping things balanced we bring you the claims of those not convinced by the official story. It is up to you to think for yourself, follow up on new information as it becomes available and come to your own conclusions.

Brandon Claxton, 16, is one of the most recent victims of police shootings. The incident, which took place between him and St. Louis Police on Saturday evening, has left the young man paralyzed.

Police were called to investigate the possible possession of a stolen weapon when they began their interaction with the young man, who was a suspect in the crime. Claxton then began to run away from officers, who suspected he had the weapon on his person. This is where the accounts of police and witnesses vary widely.

Police say that Brandon then took out the weapon and pointed it at officers, at which point one of them got a bad case of safety fear and fired approximately four shots at the teenager, causing him serious injury.

Witnesses, however, claim that they did not see any gun or gun pointing leading up to the police shooting. Although a gun was retrieved from the scene, those watching did not see it until after the shooting took place.

An investigation is underway to sort out the discrepancies in these conflicting reports. In the meantime, the people of St. Louis want answers. There exist video of the incident, yet police refuse to release it before their investigation is complete, which would (they hope) take long enough for everyone to (hope again) forget it ever happened.

Since the police have not been forthcoming with any answers or evidence to corroborate the officers story, people are starting to get concerned and have begun trying to make their voices heard. They brought their questions and their skepticism to the steps of the police department, but several people were then arrested on a plethora of bogus charges for exercising their right to free speech and peaceful assembly.

On top of that, police refuse to let Brandon’s mother see her son, citing their ongoing investigation. Her other son was also arrested during the incident and her daughter was killed by a stray bullet in 2008. You would think that given all this, police would be sensitive to a mothers desperate concern for her child, but instead they appear more concerned with continued punishment of Brandon and are perhaps attempting to cover-up the facts in the highly questionable shooting.

The officer, who has not been named, is on paid vacation while police work to figure out how to twist this into a justified shooting. Because ‘incompetent murderers’ doesn’t look so good on their performance reviews. So they gotta keep that fake smile off innocence on that ugly face of lying guilt that only a police union could possibly love.