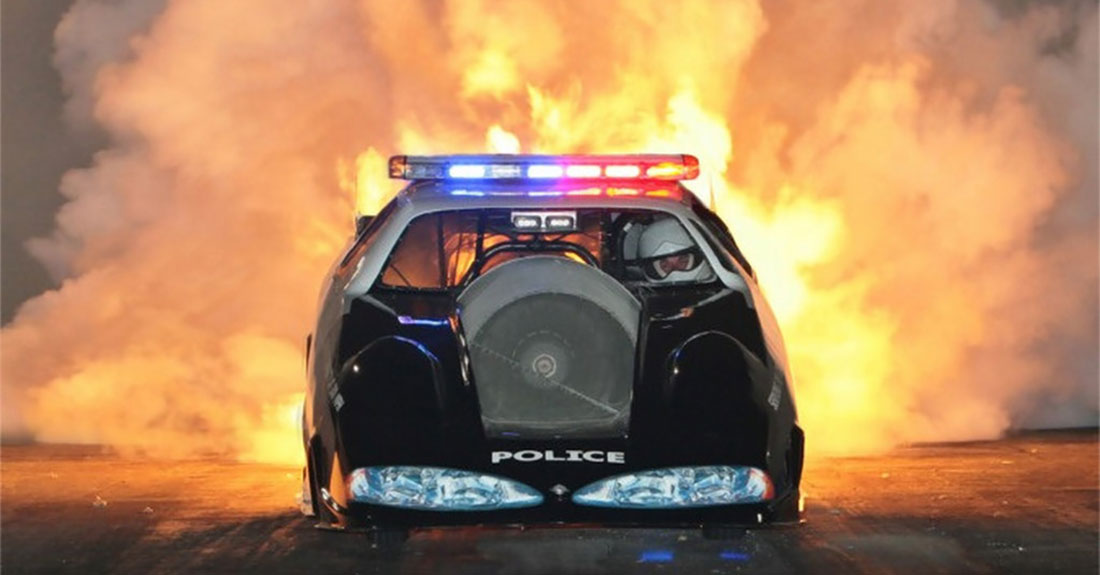 In a blatant display of ‘Do as I say, not as I do,’ two Chattanooga police vehicles were recently filmed lining up on the road and drag racing.  In the video the cars line up as the cameraman narrates what is taking place.  The cars then take off down the street at a high rate of speed as the cameraman says, “There they go! Tax dollars going to the good folks!”

The Chattanooga Police Department has launched an internal investigation into the video to determine who was behind the wheel in both of the vehicles seen in the video.  The department has released a statement regarding the video and their investigation.  A spokesperson for the department said, “”On Saturday, July 11, 2015, the Chattanooga Police Department was made aware of a video and allegations concerning the actions of two police vehicles.”

The person that shot the video has since removed it from his Facebook page and has refused to answer question asked by the news station that he brought the video to out of fear of retaliation by the department, according to the story originally aired by WSMV Channel 4.

Here we have a couple of officers that go out there every day and write speeding tickets to citizens, yet they betray the trust of the public by pulling a dangerous stunt like this in vehicles paid for with your tax money.  The justification that officers give to drivers when issuing speeding tickets is always the same bullshit about how they are just “keeping the public safe.”

Traffic accidents is one of the leading causes of death to police officers in the line of duty.  We have shared countless stories of officers that have killed pedestrians and other drivers due to their negligent behavior.  Those accidents involved speed or distracted driving while using their computers while driving.

What if a child or group of children had been playing down the street and these officers crashed into them resulting in their death?  How about if one of the drivers lost control of their cruiser and jumped the curb and crashed into someone’s house?  We would then have a story where the officer involved would have filed a false report stating that there was an equipment malfunction or that the person killed ran out in front of them.

This privilege that so many officers feel that they have in thinking that they are not subject to the same laws that they enforce has got to come to an end.  Too many innocents are being killed at the hands of these officers without any sort of accountability for their actions.  Luckily, this time no one was injured or killed.  It is also lucky that a citizen was at the right place at the right time to capture this violation of the law on camera.

This incident is a perfect example why we encourage everyone to carry a camera and if you see something, record it.  Your record of police misconduct could possibly save someone’s life.

Let’s hope that the Chattanooga Police do the right thing and hold these officers accountable for their actions.  I’m not going to hold my breath, but we can at least hope.