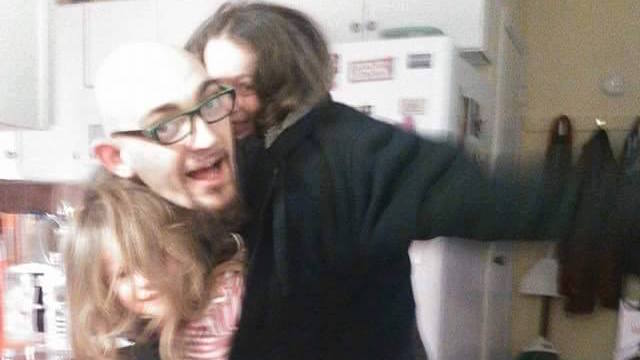 On February 6th, 2015, Joshua Scott Harrison was involved in a minor collision with a parked car, which resulted in some minimal property damage. A small accident that, although both sides could have handled things differently, should not have resulted in Josh’s death alone in the woods on that sub zero night.

The story begins a few years back when Josh had made minor accidental physical contact with an officer in Corning, NY, where he lived. As is increasingly becoming the case, any contact whatsoever with an officer can result in charges for ‘assaulting’ them. Such was the unfortunate fate of Mr. Harrison, which led to a mutual distrust between him and the police. The major difference being that police began to scrutinize and target him thereafter, while he was powerless to do much of anything but avoid them for fear that their eventual retaliation for his trumped up crime would be more extreme than he was prepared to deal with.

So on that cold night, after hitting a parked car, Josh made the choice to evade the vengeful ‘protectors’ he had spent the last few years afraid of. It is hard to understand his choice, considering the outcome of events in this situation, but Josh is not the first person ever to be bullied and harassed into a fear of cops so intense that it made even the idea of routine interactions with them a crippling thought.

People attacked by bears act similarly toward bears. Fear of the police is not irrational for those who have had their lives turned inside out by them. And if you pay attention to the news, it is likely you are probably afraid of them, too. Rational people decide either to completely avoid police or to fight the police state through peaceful means. Only fools still think that outward support of tyrants grants them any special status or protects them against tyranny.

A few hours after Josh left the scene of the hit-and-run, he was spotted by police, who had correctly surmised his involvement in that minor crime. Still crippled by his anguish and fear regarding the local police, who had given him every reason to be angry and afraid, he decided to try escaping the scene. He led police on a high speed vehicle chase before his car eventually went off the road. At this point Josh set out on foot into the woods to escape the mob of angry vengeful police whom he likely felt were not going to treat him fairly or recognize his rights.

His march off into those woods in over a foot of snow on that cold night was the last time anybody would ever see him alive again. Police searched for a short time before informing the family that he was missing in the woods and that they would hear from them if Josh could not be found. The family was led to believe that the search for Josh would go on until either he was arrested or they were contacted otherwise. Believing the ‘professionals’ were doing their job, the family let the police search for him in the woods without getting in the way.

Except the police didn’t spend much time searching for him at all. Soon after contacting the family they gave up the search in the woods and instead secured the area where he went in as a crime scene and worked to have his car towed away. Which means that even if he had come out of those woods later, he would not have even had his car for shelter in the subzero weather.

Having not heard from the police all night, the family assumed he had been found and taken to jail, as they were instructed would be the procedure. The next morning they went to go and visit him in jail. When they got there they were told that Josh had not been found and that officers had given up because it was ‘too cold’ for them to be just doing their jobs. The officer they spoke with also said that he ‘hoped Josh had found shelter’. Josh’s father, brother and cousin then went and found the area of road where his car had gone off and followed his footprints in the snow. At the end of that trail they found their loved one, lifeless and frozen. Yet nowhere near as cold as the Schuyler police, fire and rescue units who had left the scene while the young man was allowed to freeze to death in the woods.

Now his friends and family want answers and they want accountability for what happened. Why was Josh left alone in the woods to die on such a treacherous night? Was it the minor property damage or the police departments attitude towards Josh that warranted their decision to let him die out there? Who made these decisions and why? If police were not prepared to deal with a full pursuit, why did they begin a long pursuit over a minor crime that they were not willing to take responsibility to finish?

The family has received little in the way of answers. Local media quickly forgot about Josh and the police response was full of lies, denial and unprofessional and false smears and accusations. They have been left alone with their absence and sorrow in an uncaring world where a person can be left to freeze to death in the middle of the woods at night while those who are tasked with serving and protecting them wash their hands of them, then later sling mud at them and their families.

Please do not let Joshua Scott Harrison’s death go unnoticed and forgotten. Taking any one or more of the following actions could be of great help or support.

Join the Justice for Joshua ‘Bomber’ Harrison Facebook Page and get direct updates from the family and find out what you can do to help.

Call the Corning, NY Police Department and tell them they owe Josh’s family some answers, as well as justice for their departments malfeasance/maliciousness, which contributed to his death.
Corning Police- 607-962-0340

E-Mail the New York State Police and ask them to investigate the tragic death of Josh and possible crime by Corning Police. PIO@troopers.ny.gov

This story was shared with me directly by Josh’s family. CopBlock.org would like to share our deepest sympathies and regret for their loss. We also would like to bring them the hope that comes with knowing your loved ones life was meaningful enough for their story to be heard. We keep reporting these stories so that fewer families will have to endure this kind of senseless police state tragedy.