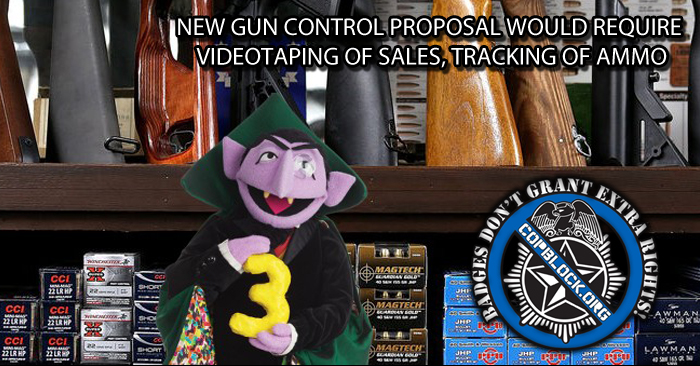 A new gun control proposal in San Francisco would force all sales of guns and ammo to be videotaped. In addition, it would force permit holders to submit detailed records of any ammunition they sell to the San Francisco Police Department. Supervisor Mark Farrell submitted the proposal calling for legislation to be drawn up by the Board of Supervisors, which would be formally introduced in September.

The legislation that would result from that proposal is aimed at “filling any loopholes in current federal, state, and local gun control laws.” Supposedly, this would prevent illegal trafficking of firearms and ammunition, by helping eliminate the loss and theft of them from dealers. (How exactly videotaping someone legally buying something would prevent someone else from stealing weapons and ammo isn’t really explained. Perhaps thieves are required to videotape themselves, as well.)

Also, this aims to prevent and detect the sales of firearms and ammo to people who are prohibited from owning them. That would include felons, (certain) mentally ill people, etc.

“Easy access to guns and ammunition continue to contribute to senseless violent crime here in San Francisco and across the country,” said Supervisor Mark Farrell. “Even though San Francisco has some of the toughest gun control laws on the books in the country – there is more we can do to protect the public – and we should do everything in our power to give local law enforcement the additional tools they need to prevent crime and keep our neighborhoods safe.”

This legislation would also force anybody, including people who are not dealers, to keep records of their ammunition and any sales or transfers on hand for five years. Updates for that information would have to be sent in to the SFPD on at least a weekly basis.

The minimum information that would be required to be recorded would include: