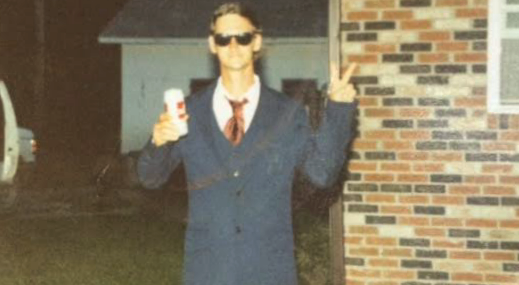 Two weeks ago police were called to investigate a man who was urinating outdoors. Now that man is dead.

William Dale Jeffries, an inebriation connoisseur, was walking home from the bar when the distance became greater than his plumbing was able to handle. As anyone blessed with the ability to walk upright and urinate has done, he decided to relieve himself of the liquid burden. Unfortunately for modern sanitation standards and Jeffries, a nearby business owner decided to call the police. Because that always makes a kinda annoying situation much better for all involved, right?

Officer Eric Riddle found Jeffries not far from the scene of his heinous bladder splatter. Noting that William was intoxicated, he decided that a good old escalation would soon be in order. First he asked the serial splasher to submit to a breathalyzer. Dude said ‘nope’. And then dude, GASP, leaned against the car.

At this point Riddle knew what he had to do. In that split moment of decisions when and where every matter counts moments in the blank of an eye, and stuff in the vein of stuff like that, Riddle decided to escalate the situation and began a physical altercation with Jeffries. It worked out, too, because the hero won the fight.

During the scuffle, Jeffries ‘fell’ (that cop loved him, you don’t know him like I do) and sustained a neck fracture. For those not familiar with ways you can die, breaking your neck has got to be way up there.

Yet William held on in the hospital for a few weeks. Long enough for Chief Randall Posey of the Weston Police Department to put Officer Riddle on leave, conduct a ‘thorough’ investigation, find the officer guilty of no wrong-doing, and reinstate him to his job protecting and serving citizens like William Dale Jeffries.

However, since Jeffries died of those injuries at Stonewall Memorial Hospital yesterday, Riddle is once again on leave and under investigation for the incident. This time the investigation is gonna be (cue Hulk Hogan theme music) SUPER THOROUGH!

The video of the incident has not yet been released and will likely remain under police lock and key while their apologists, unions, and liability lawyers try to figure out how to spin this in their favor.

How could an officer who was so clearly innocent of a crime be under investigation for it for the second time in weeks? What is the world land speed record for back-pedaling?

You know, officers, if you would just answer these questions honestly the first time you were asked, this would all go much easier on you. You be straight with us and we’ll be straight with you. Like adults. This constant lying is getting us nowhere.