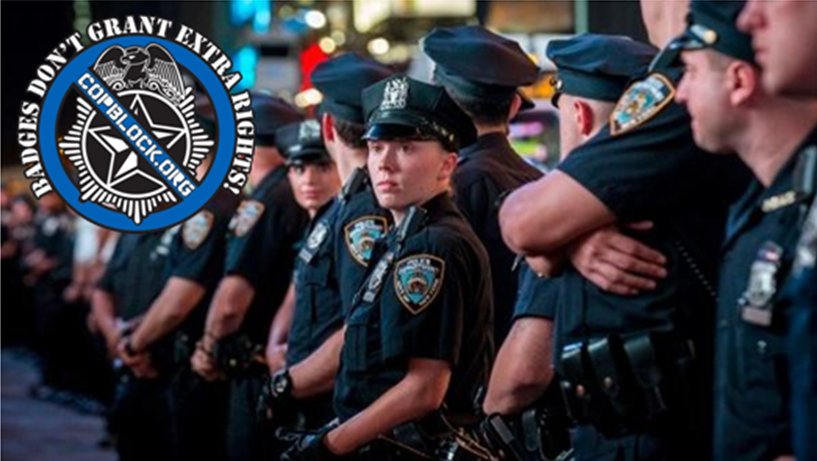 Nineteen New York City police officers from the 40th Precinct in the Bronx were administratively charged by the department with wrongdoing Friday.

Police say those charged include a lieutenant, eight sergeants, nine police officers and a detective though none have received any disciplinary action. Commanding officer Deputy Inspector Lorenzo Johnson however, who was not charged with wrongdoing, has been reassigned.

“The purposeful misrepresentation of crime data is rare but nevertheless unacceptable,” Commissioner William J. Bratton said. “It will be dealt with accordingly.”

The de Blasio regime commended the NYPD’s “swift action” in disciplining the officers even though none have been placed on modified duty or have been suspended without pay.

“The only way to keep our city safe is to ensure police officers are accurately reporting criminal incidents,” a de Blasio spokesperson said adding they had “full confidence” in the reporting and auditing structures currently in place within the department.

Auditors are now reviewing crime data for the 49th Precinct, where Inspector Johnson served until moving in 2014.

Roy Richter, the head of the union that represents Inspector Johnson, noted 99.6% of the complaints reviewed as part of the audit were “found to be accurate.”

“It’s a decision based on a review of 1,500 crime complaints,” Richter added. “It seems a little sudden and unusual.”

The inquiry into the 40th Precinct grew out of an anonymous tip to the Internal Affairs Bureau about a “mischaracterization of crime reporting going on,” the deputy commissioner of legal matters Lawrence Byrne said.

Police say forty-four of the complaints warranted immediate concern, including six in which the narrative in police reports did not match the alleged crime. In 10 cases, officers were found to have not even recorded a complaint at all.

Once the reports were corrected, data showed that major crime in the precinct fell 11.4 percent over all in 2014, compared to 14 percent, as originally reported.