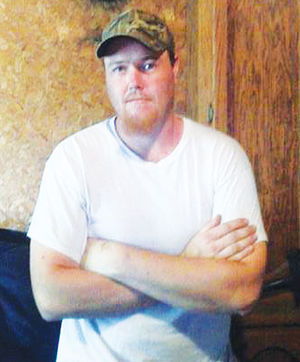 I think this story has been playing out all too often with the police. A person in troubled times, possibly with mental illness or substance addiction, creates a disturbance or is too much for a loved one to handle and the police are called to provide “help.” When the police arrive the situation is escalated and what started as a call for help ends in the death of the person seeking, or needing, help. The most notable example of this was when Jason Harrison, 28, was gunned down by police after his mother called them for help, thinking the police would assist her in calming him down. Instead Jason was shot several times, in front of his mother, when he didn’t obey officers orders to drop a screwdriver.

Billy Maine seems to have been in a similar situation before the Yuba County Sheriff’s Department decided to provide him with some “help” nearly a week ago. Family members say Billy man was a nice guy unless he was drunk or using methamphetamine and they don’t believe he was suicidal. On the day of his death Billy said, “You’re probably going to die tonight” to his brother and his girlfriend. This prompted the Mother to call the Yuba County Sheriff’s department who arrived at her house about 30 minutes later and she stated to them that Billy was outside next to the house in his truck. When the police went to check on Billy his brother, Ray, could see Billy and the truck but not the police. He told the AppleDemocrat.com the following:

“I heard (Billy) say he was scared, and (deputies) said, ‘We understand that,'” before she ran back inside the home, where her boys and their grandparents were.

Ray Maine saw his brother with the barrel of the gun in his mouth and deputies yelling, “Drop the gun, put the gun down; we don’t want to hurt you, we want to help you.”

He then said Billy Maine said “F you,” pulled the gun out of his mouth and cocked it.

“He never had a chance to level it,” Ray Maine said. He then heard about six or seven shots fired.

He said he wishes the deputies could have done something else in the situation. When Billy cocked the gun, it did show “aggression,” he said.

Could these officers had taken cover? Probably. Could they had pulled back and attempted negotiations? Probably. Instead of asking Billy how they can help, without attempting to understand his mindset or intent the police surrounded him, made demands and ultimately killed him. Nothing they did resembled help, assistance or compassion and that’s a major problem with police right now. The police need to be trained better in dealing with people who seek help. The police need to develop better tactics that lessen such outcomes and, not only save more lives but, lessen the danger for officers as well.

While this seem logical steps for one to take after just a few of these cases made the news, I for one, am not holding my breath. The truth is that policing that’s provided by government will never look to de-escalating solutions. Not until the system of government policing is replaced by one that actually has the customer’s needs in mind and that’s just not on the ‘to do list’ for police these days. Lastly, and off the government provided protection services suck topic, do NOT call the police if you need help with a loved one. Call more loved ones, call a neighbor or simply leave the area (as to not put yourself in danger) because the police don’t have the ability to help you. All involving the police does is increase the likelihood of something bad happening so please stop calling the cops.