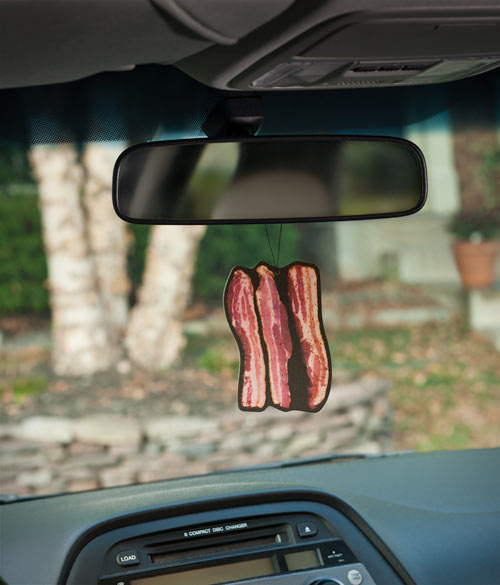 In another blow to our civil liberties, the Supreme Court has ruled that it is okay for an officer in Wisconsin to pull you over for having an air freshener hanging in your windshield.  The court ruled that an officer could pull you over if he believed that the object was obstructing your view.  This ruling now gives officers reasonable suspicion to pull you over to fish for other infractions.

In 2012, Richard Houghton was driving in East Troy when an officer pulled him over after noticing an air freshener hanging from the rear view mirror and a GPS unit on the dash of Houghton’s car.  Both of which the officer believed amounted to illegal obstructions of Houghton’s view.  After a search of the vehicle, marijuana was found in his car.

Houghton argued that since he was not violating any laws, the stop violated his Fourth Amendment right against illegal search and seizure, and the marijuana should not be allowed as evidence.  He originally pled guilty in the Walworth County case, then appealed. He was sentenced to two years of probation, and the state took his 2000 Ford Taurus in a civil forfeiture.

In a case out of Walworth County, the court reversed the Court of Appeals, and held that a mistaken understanding of the law didn’t invalidate the traffic stop a police officer made that led to a conviction for marijuana possession.

A judge agreed police shouldn’t be stopping drivers over things as common as air fresheners and GPS units — but upheld the stop because the officer also noticed that Houghton didn’t have a front license plate. Houghton argued that his state, Michigan, supplies and requires only a rear plate, but the judge said the officer couldn’t be expected to know the plate rules of every state.

The court wrote that it is not an “objectively reasonable” mistake of law for an officer in Wisconsin to believe every vehicle operating on state roads must display a front plate. But, he wrote, if the officer had other reasons to think the vehicle was registered in Wisconsin — for example, because it had a rear Wisconsin tag — a stop for the missing plate would be lawful.

His conviction was overturned during appeal, but the damage was already done as his vehicle had already been taken under civil forfeiture. Prosecutors unsuccessfully appealed the decision of the Court of Appeals.

Be prepared for more officers across the country to use this tactic to pull you over regardless of breaking any laws or not.  In the game of revenue generation for the state, these officers will stoop to any level to find a reason to take your money.