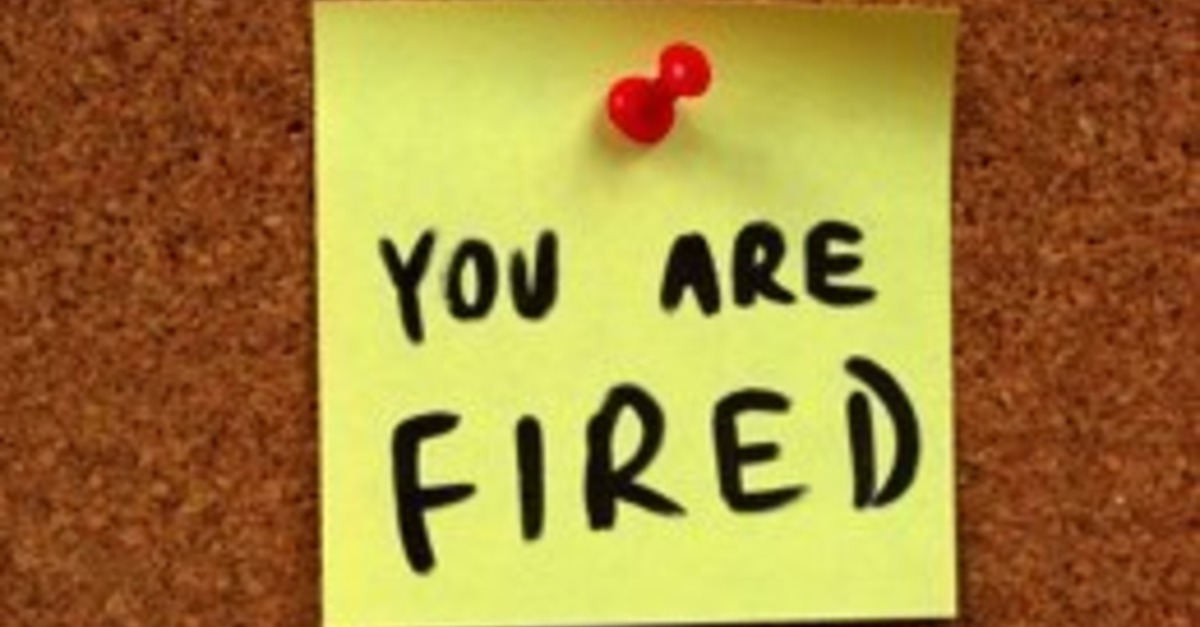 Breaking news out of Chicago: Lorenzo Davis, 65, a former Chicago police commander was fired by Scott M. Ando, chief administrator of the city’s Independent Police Review Authority. The IPRA mainly investigates police-brutality complaints and recommends any punishment. According to WEBZ.com:

Davis’s termination came less than two weeks after top IPRA officials, evaluating Davis’s job performance, accused him of “a clear bias against the police” and called him “the only supervisor at IPRA who resists making requested changes as directed by management in order to reflect the correct finding with respect to OIS,” as officer-involved shootings are known in the agency.

Since its 2007 creation, IPRA has investigated nearly 400 civilian shootings by police and found one to be unjustified.

WBEZ asked to interview Ando, promoted last year by Mayor Rahm Emanuel to head the agency. The station also sent Ando’s spokesman questions about sticking points between IPRA investigators and managers, about the agency’s process for overturning investigative findings, and about the reasons the agency had reversed many of Davis’s findings.

The spokesman said there would be no interview and sent this statement: “This is a personnel matter that would be inappropriate to address through the media, though the allegations are baseless and without merit. IPRA is committed to conducting fair, unbiased, objective, thorough and timely investigations of allegations of police misconduct and officer-involved shootings.”

The performance evaluation covered 19 months and concluded that Davis “displays a complete lack of objectivity combined with a clear bias against the police in spite of his own lengthy police career.”

Davis served in the police department for 23 years. As a commander, he headed detective units, the department’s Austin district and, finally, its public-housing unit. He retired from the department in 2004.

“I did not like the direction the police department had taken,” Davis said. “It appeared that officers were doing whatever they wanted to do. The discipline was no longer there.”

After leaving the department, Davis says, he kept thinking about police conduct, especially shootings. Davis, who had a law degree, says he wondered how often the officers really faced life-threatening dangers that would justify deadly force.

“If there are a few bad police officers who have committed some shootings that are unnecessary or bad then it erodes the public’s confidence in all the other police officers out there,” Davis said.

Kelly Patterson, editor of CopBlock.org, said, “Wow. They don’t even try to hide it sometimes” when I shared this story with him, and I couldn’t agree more. Here you finally have someone who’s ‘walked in an officers shoes’ for 23 years and has come to the conclusion that that officers were doing whatever they wanted – including murdering people.  Instead of reacting logically, and seeking justice for the wrongful shootings, IPRA top officials determined that Davis’s findings were incorrect and demanded he change them. When he refused they terminated him for having “a clear bias against the police.”

Seriously, did this story come directly from George Orwell’s, “1984?” Over 400 investigations and only ONE of those was deemed unjustifiable by this committee. It’s obvious that the IPRA is corrupted and are the one’s with a “clear bias.” All I see here is another example of why citizen review boards or committees such as these don’t bring the change or accountability they claim they will. They are filled with former police officers, which creates a revolving door similar to that of lobbyists, that work so closely with those being investigated that there’s really no difference than when cops investigate cops.

The real solution is to end the government’s monopoly on protection and allow cops to provide the service of protection in the free market.

LISTEN TO INTERVIEW WITH DAVID BELOW