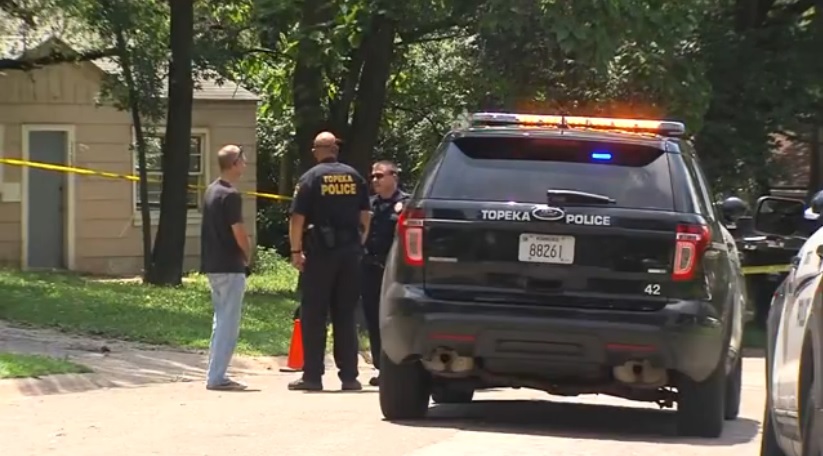 At least one officer off the record was heard to say that they expect this gang war to “get way worse before it gets better”.

It all began in late June and has now reached a fever pitch as just over two weeks ago, on the night of July 6th, Lily Nichols, a five year old girl, was shot in the head during a drive-by shooting while waiting at the intersection of SE Golf Park Blvd. and SE Freemont Streets. Lily, her mother, and another person were sitting in their car at the Hi-Crest neighborhood intersection and according to police and witnesses, a pair of individuals in a silver or white four door vehicle were in the area when the upwards of a dozen rounds or more were fired, one of which hit Lily in the back of the head where she was seated in her car seat.

As of today there have been eight drive-by shootings in the Hi-Crest neighborhood resulting in two deaths, three injuries and a handful of arrests. Though there were initially a pair of suspects, they have since been cleared of suspicion, and the murderer(s) of Lily Nichols have not yet been caught.

Topeka police have identified and interviewed the two subjects in this photo who they say might have information on a drive-by shooting that happened late Monday night.

Police tell KSNT News the two subjects were not involved, but had a similar vehicle description to one that was in the area at the time of the shooting.

Three of the drive-by shootings have happened in just the last four days alone with at least some of them already being connected as retaliatory attacks. It is unclear at this time which, if any, of these may be directly related to the Lily Nichols death, but Topeka Police seem to be of a mind that all of these shootings are Gang and Drug related.

As the violence continues, Topeka police and residents have grown concerned over the possibility of a long drawn out conflict that could potentially attract more violent reprisals including from outside agitators, as has been suggested to have happened in other cities experiencing inordinate amounts of violence this summer. On Saturday Antwon Jerane Love was shot and killed in the same neighborhood, possibly a retaliation shooting. According to Deputy Chief of Police Brian Desch in a statement issued that same day, police believe the shootings are related, not at all random, and center around narcotics and gangs.

And this is where the concern of outside agitation beings to really show as reported by The Topeka Capital Journal:

Love, originally from Chicago, told Topeka police in June 1992 he was a member of the Four Corner Hustlers, a Chicago-based street gang. He went by the street name “Lucifer”

Another related article in the same paper from two days earlier detailed the Love shooting stating that two men heard as many as 20 shots fired who then found Love in the street with blood “spurting from his mouth and ears”. The men remain unnamed for fear of retaliation but were quoted as saying:

“I’ve heard it’s the west side coming to get the south side,” one man said, referring to gang members from west Topeka planning violence against Hi-Crest residents. “They don’t care who they get.”

1992 was a long time ago but posts to Love’s Facebook page, now since blocked or removed, indicate that he was still affectionately referred to as “Lucifer” and “Lucy” showing a retention of that gang identity from the early 90’s that stretched up to the time of his death. The same Capital Journal article made it clear that TPD has called in the Feds and though I am not able to provide more than a second hand account, I did confirm and reconfirm statements by an un-vetted local source who saw “DHS, ATF, Federal Marshals, and TPD officers at (a late) lunch” at a local Chinese buffet. The source thanked them for coming in to help the local police in quelling the violence.

I personally have been monitoring police dispatch and local policeophiles who spend their time following police movements, and it’s clear that police have stepped up patrols in the “Dirty South” and at times are pulling over vehicles at random that come anywhere close to fitting the description of any vehicle involved in the recent shootings. Police have also been involved in increased patrols in the area including “officers on foot going door to door” to speak with residents. The extra patrols have been in place since Friday but their presence clearly did nothing to stop Love’s murder as one of the men who found Love shot said that a patrol had been through the area in the minutes just before the shooting.

One deep concern of my own, far greater than any imagined or even real gang threat, stems from a new mandate handed down by the Topeka Police Department which demands that all persons involved in a traffic stop maintain “Hand Compliance”. As they explained earlier this year the TPD believe it is a simple but necessary request (demand or get shot is more accurate) that protects officers from potentially dangerous traffic stops. Their reasoning is of course just as simple in believing that seconds matter in a gun fight. Yes that is to say that they are prepared to shoot anyone who moves their hands off of the steering wheel without explicit permission to do so in any given traffic stop. This is a policy that will surely lead to unnecessary violence, possibly the death of otherwise innocent people. It’s hard not to consider as a possibility, one may even say it’s assured, when police continue to use increasingly heavy handed tactics in dealing with non-violent offences. Couple that with a gang war that is boiling over and you have a recipe for disaster.

The long hot summer of 2015 continues (with 100+ degree indexes most of this month here in Topeka) and this is one hot spot for CopBlockers to keep an eye on.

VINTAGE BIRTH OF THE US MARINES CORPS TOKEN BICENTENNIAL