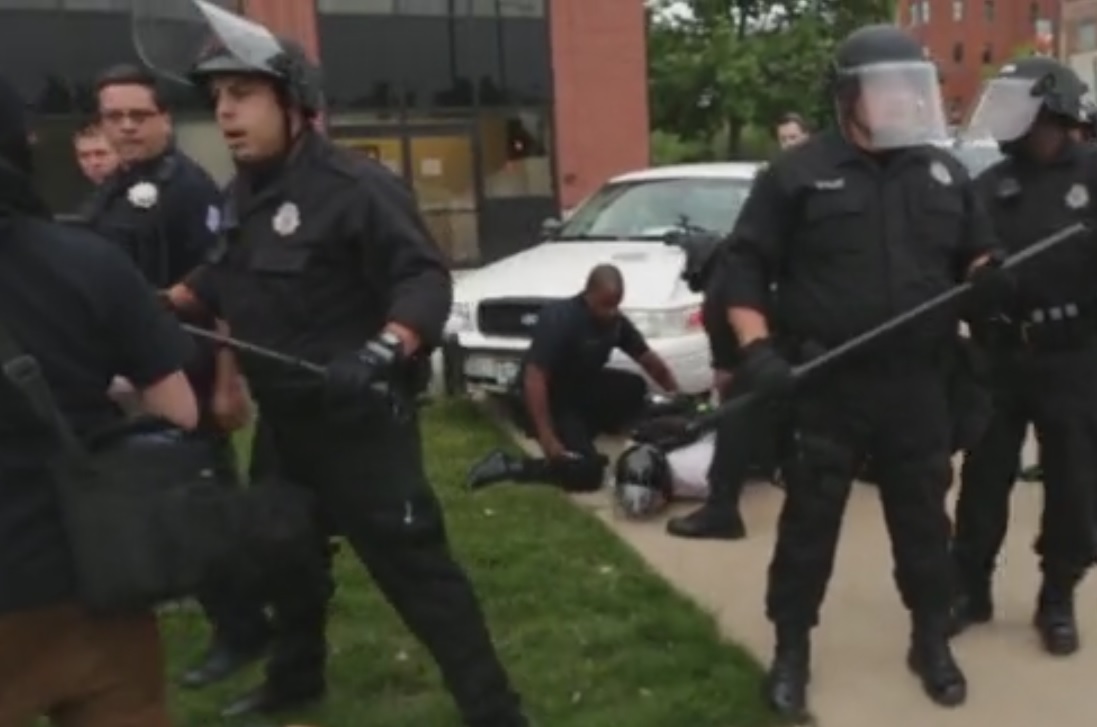 It’s not exactly a new thing for the police to target the media, nor is there any lack of evidence for that. Arrests of journalists in Ferguson were a staple of the police state-style repression of protests there. Also, the media corrals in Baltimore that kept reporters safely away from any opportunities to capture police abuses on film were pretty well documented during those riots.

Outright targeting and arrests of independent media and CopBlockers have been especially prevalent not just during protests, but also during cop watch activities and whenever people have filmed the cops. There’s obviously no shortage of examples of that on CopBlock.org over the past five years. In fact, members of Nevada Cop Block had to overnight a press pass to Mike BlueHair of FTP Portland when he was in Ferguson covering the protests there because the police and National Guard were illegally requiring media credentials in order for people to film, and imposing curfews on people without press passes.

Something that does appear to be a recent development, though, is that police now apparently have a book of names and photos that they are carrying with them. According to reports such as this one from “Unicorn Riot,” they are using this book to identify and target for arrest, without legal cause, members of independent and/or online-based media. The video below shows police in Denver, during a protest against the murder of Paul Castaway on Monday, push their way through a group of people recording the protest, isolate, and then manhandle and arrest one of the reporters. At no point in the video does that reporter appear to do anything to justify being arrested, or resist in anyway to justify the rough manner in which they treat him.

They also include this account from “AnimalNewYork.com” detailing the targeted arrests of people involved in three groups that organized a New York protest marking the one year anniversary of Eric Garner’s murder by the NYPD:

The largest demonstration took place Friday night, with more than 1,000 participants. Dozens were arrested. The rally and march was organized by Millions March NYC, NYC Shut It Down, and the People’s Power Assembly. Before the march made it three blocks, the NYPD arrested one prominent member from each of the three groups that organized the event, prompting calls from protesters that they were targeted for their role in organizing and not engaging in activity that other protesters were not.

In addition, there’s a link to a video that a Denver activist took during the Paul Castaway protests. It’s not entirely clear on the video, but it purports to show one of the actual “activist yearbooks,” as they are being dubbed, in use by a pair of police officers. All of this would very much be in line with the targeted arrests of “Black Lives Matter” organizers from Minneapolis that took place earlier this year, as well as historical Cointelpro operations engaged in by police and federal departments since the 50’s.

Freedom of the press and the ability for ordinary citizens to film the police and other government officials in public is a fundamental right and check on the ability of those officials to abuse their powers. Peaceful protests are also a protected civil right and defense against corruption and governmental abuses. These type of targeted arrests and physical attacks represent a huge threat to both those rights.