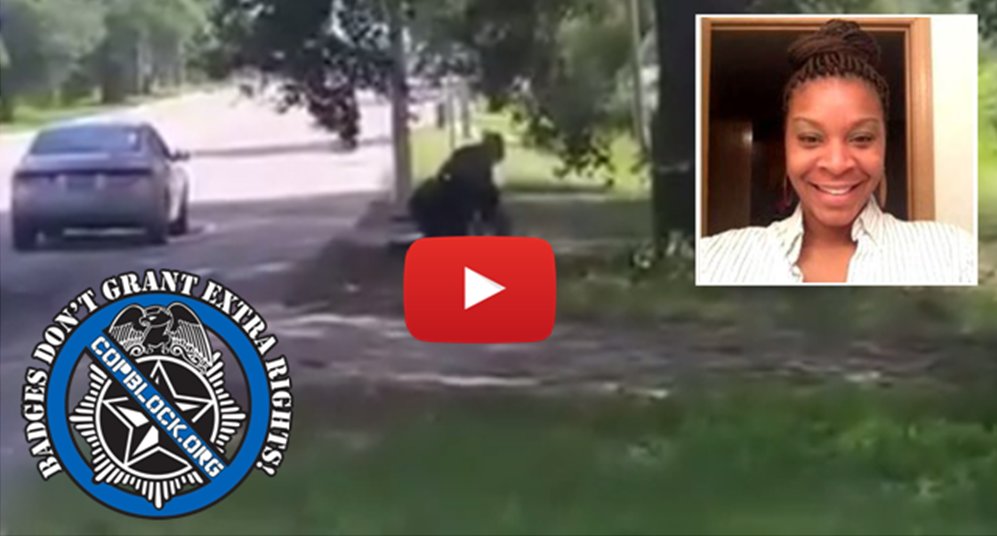 Dash-cam video has been released by the Texas Department of Public Safety of the June 10 arrest of 28-year-old Sandra Bland – who officials claim was found hanging by a plastic bag in her jail cell three days later in an “apparent suicide.”

Bland had drove from Chicago on June 9 to interview for a new job at her alma mater, Prairie View A&M. The next day, she was pulled over by a Texas state trooper outside the campus for allegedly “failing to signal while changing lanes.”

Police had claimed that the woman became combative before being arrested for “assault on a public servant” and booked into the Waller County jail.

“The preliminary investigation, the information I have received at this point, this was a suicide,” Waller County District Attorney Elton Mathis said.

An autopsy performed by the Harris County Institute of Forensic Sciences in Houston classified Bland’s death as a “suicide, [caused by] hanging,” but Bland’s family has ordered an independent autopsy – whose results are not yet public.

Friends who talked to Bland while she was at the jail are skeptical and say the woman had arranged for them to pick her up Monday on a $5,000 bond.

Adding to suspicion, Bland was an outspoken critic of police brutality associated with the “Black Lives Matter” movement, and on video footage recorded from the scene, the woman can be heard complaining that the officer slammed her head against the ground as she lay face down with a knee in her back.

Another friend, LaVaughn Mosley, who had allowed Bland stay at his home while she went for the job interview, said last Tuesday, “She went [and] did the interview, got the job, and was looking forward to start[ing] work on the 15th.”

“It’s sad, here’s a young lady trying to move on with her life and a simple traffic stop turned into such a travesty,” Mosley said. “The fact that they say she committed suicide is totally absurd.”

Friends and family have described Bland as “outgoing” and say the young woman was looking for a fresh start in Texas.

The Texas Rangers and the FBI are still investigating the incident, but the newly released dash-cam footage may shed some light on the situation.

In the footage Bland is seen arguing with the officer before things escalate and she is removed from her car. The rest of the interaction takes place off screen.

The dash-footage has already came under scrutiny. Award winning Hollywood filmmaker Ava DuVernay claims the recording has been edited.

“I edit footage for a living,” DuVernay said. “But anyone can see that this official video has been cut.”

The Los Angles Times has also made similar claims citing “continuity problems and anomalies,” and says “there are several spots [in the footage] where cars and people disappear and reappear.”

In response to public outcry since the incident, investigators said Monday that Bland’s death will now be treated like a murder investigation.

“It is very much too early to make any kind of determination that this was a suicide or a murder because the investigations are not complete,” Waller County District Attorney Elton Mathis said. “This is being treated like a murder investigation.”

The case will be heard by a grand jury.

An online campaign is underway on social media questioning the official narrative using hashtags like #JusticeForSandy and #WhatHappenedToSandyBland.

Investigators claim that Waller County jail surveillance cameras captured no one entering Bland’s cell prior to her body being discovered.