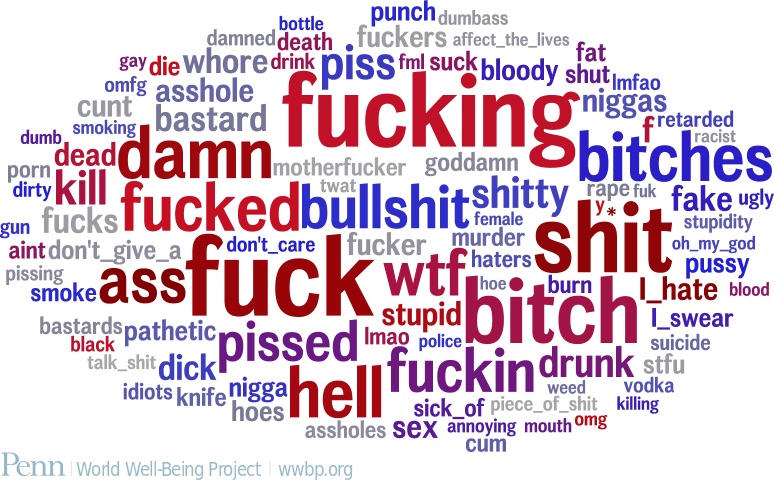 I just read the dumbest CopSucker editorial I have ever read in my entire life. I’m serious; I normally try not to swear in my posts, but the cockamamie shit I read, which was written by the Bee Editorial Board, has me dropping F -Bombs like POW BANG POW.  First, who the unfiltered fuck is “the Bee Editorial Board?” And when did it become cool to exclude your name(s) on what you write? Who in their grundlefucked mind does that? Oh yeah, dumb motherfuckers who are too scared to have someone walk up or email them and say, “Yo, what you just said was some really stupid shit!” That’s who.

Before I show you the most irritatingly asinine shit you’ll ever read, let me provide you with some background to what these anonymous dipshits are going to hate-fuck your ears with. Brian Sumner, a CopBlock Network Contributor (yeah, that’s right, he’s paid to do this shit, he’s just doing his job, dickheads! Now what?), was on trial last week for chalking a police memorial. Yes, he used children’s chalk on an idiotic-ass police memorial that was built with taxpayer money and is therefore legally considered public property. Sumner didn’t randomly wake up, jerk one off and decide to go chalk, “Badges Don’t Grant Extra Rights” on Fresno’s police memorial. No, he did so because the Fresno police had shot and killed Miguel Moreno Torres just five days prior to the ‘chalking incident.’ The fucking Bee Team left that out of their bucket of shit editorial because simple minds can’t grasp fucking children’s chalk, let alone fucking cold-blooded murder by their brave jack-booted thugs.

So anyway, last week Sumner was found guilty by a jury of GovermentSuckers (people who just love goverment) – as they clearly weren’t his peers, and is scheduled to be sentenced later today. I guess that prompted some douchebags in some Fresno office downtown, where all the important fuckers work, to sit down, drink overpriced coffees, and compile the most disgusting cauldron of sun-stewed yak shit about Sumner’s conviction the world will ever lay eyes on. The fucking Bee Editorial Board wasted no time getting their sun-stewed yak shit going, stating:

Sumner, 26, told the court [the fucking who?] that he was merely exercising his constitutional right to free speech, and besides the damage wasn’t permanent because the chalk was easily removed.

The jury didn’t buy it, and neither do we.

Vandalizing a public memorial — regardless of whether the graffiti is easy or difficult to remove — is a contemptible act and deserving of punishment.

First off, who gives a flying fistfuck what you’re buying? We don’t even know who the fuck you are (who the fuck are you?) Why the ever-loving-fuck do I care what a person I don’t know would buy or believe? Second, though vandalism does reference defacing property as part of the crime, the law also notes that you would have to have ‘intend’ to cause harm or damage. The mere fact that Sumner decided to use CHALK and not a fucking chisel proves he had no “ill intent” in his actions. If you remove ill intent you have Freedom of Speech and redress of grievances left as Sumner’s motives. And those are protected by the First Amendment. Here’s a little refresher on what the First Amendment says, as I’ll shovel this up your rancid butt-buttered ass later. Enjoy:

Congress shall make no law respecting an establishment of religion, or prohibiting the free exercise thereof; or abridging the freedom of speech, or of the press; or the right of the people peaceably to assemble, and to petition the Government for a redress of grievances.

Now that we’ve got that out of the way, lets see how much more corny shit can come out the Bee Team’s floppy prolapsed ass:

As any schoolboy or schoolgirl who has studied the Constitution knows, there are limits to free speech. Sumner exceeded them with this selfish act intended to bring attention to himself and to his cause — and to disrespect Fresno’s police force.

For great-grandmother-fucking of all fuck’s sake. This is why we’re all fucked, unlubed with a rusty shovel as a society. These no-name, faceless papercunts just said that even schoolboys and schoolgirls understand that free speech has its limits? Really, I just posted the First Amendment above and I don’t recall reading the part that said, “Freedom of Speech is allowed EXCEPT for……. ” Are you constantly huffing oven cleaner, Bee Team, in order to be able to run a shitsucking newspaper so poorly? How the fuck did you ever get through any fucking journalism class? Oh yeah, government schools, keeping you down since kindergarten and now you’re trying to pass that moronic horseshit down the pipe? Go fuck yourselves with a bee grenade.

Let me help you waste of space, lamestream media, slave world writers understand a few things. The freedom of speech, according to the government’s fucking list of rules, is what allows me to call you ‘mongoloid motherfuckers, with intestinal worms for brains, that have no fucking clue what on Fuck Mountain you’re even talking about’ whenever the fuck I want! It’s also what allowed Sumner to express himself and his redress of grievances with Fresno PD for the murder of Miguel Moreno Torres. You might not like his method, but I didn’t like your daddy-fucking, “give me some more big brother, oh fuck yeah” post, either. Yet, I’m not about to get all butt hurt and send the man after you, either. Especially with claims so mindfuckingly ridiculous, like that our freedom of speech has limits, that even a cocaine-adled, porn star with dickmentia would recognize them for the irrational idiocy they are.

And I’m sure you educated ‘we’re the real fucking media’ bumblefucks won’t believe a word I say and will most likely get lost in how many times I cussed you intellectually vapid whack jobs the unholy fuck out. Still, I know how to use this wonderful thing called ‘Google’. Do you mentally obsolete fucking dinosaurs have any idea what that fucking shit even is? If so, you may have used it to find a number of cases where using children’s chalk was ruled constitutional by a number of courts. Let me help you hopelessly stupid fucks with that, too:

Oh shit, you are probably feeling slightly fucking stupid right now, aren’t you? Well, don’t run off just yet:  You said the most ironic thing – once you realize how fucking wrong you were from the start – at the end of your fucking authoritarian groupie gang bang post (seriously, I hope you sick freaks pulled out before dumping your weak load into some feminist bimbo from Sputnik):

One thing for sure: Defacing a public memorial does nothing to foster a cause. It merely reveals lack of character and clarity of thought by the person responsible for the vandalism.

Does nothing to foster a cause? Do you idiots realize that the “Third Annual Chalk the Police State Day” just passed, and that nearly a dozen cities nationwide partook in the event? Do you limp-brained fucks understand that since the arrest of the “Chalking 8″ in Manchester, NH in 2010 that Chalking the Police has become more and more popular? That I’ve personally chalked over 30 police stations myself, and though I have been to jail for it once, the rarity is to have the police make an arrest? In fact, the only time I’ve been arrested for chalking the police is when a member of the group chalked a police memorial as well. So if the action was ok on other public property, what changed when the chalk ended up on some stupid cop memorial? The answer is–TA DA!–nothing. The only thing that changed is the butt hurt of the police officers, which is similar to what you felt when you wrote the world’s most deep-throated CopSucker editorial ever. Problem is, using words – aka: freedom of speech – to bring attention to a certain matter, or cause, isn’t illegal. Even if it leaves you with rectal tears and uncontrollable anal spasms.
I’ve compiled some videos for you ass-clowns of people chalking the police; hopefully, it will help numb you to the increased chalking Fresno is probably going to experience thanks the endless PR this worthless farce of law enforcement has brought to the cause. Maybe when you simple-minded fucks are done with the bullshit bending of a person’s rights you can get back to talking about that man those cops killed. You know, when you’re done with your fucking latte’.
[UPDATE: Brain has been sentenced by the ‘courts’ and states, “I was sentenced to a year of bench probation, a 250 dollar fine, and 50 hours of community service.” I guess justice doesn’t fit the crime. The bill to clean up children’s chalk is NOT $250 nor did any “damage” cost the equilavant of 50 hours of Brian’s time, so why is the government allowed to profit from justice?]
The Chalking 8 Arrest:

Ademo Given Worthless Ticket for Chalking the Police

[Author’s Note: The excessive use of cuss words in this post is intended to emphasize how freedom of speech applies to words that make us uncomfortable, just as it does those which don’t.]
768
SHARES
FacebookTwitterGoogleRedditTumblr
DiggLinkedinStumbleuponMailPrint