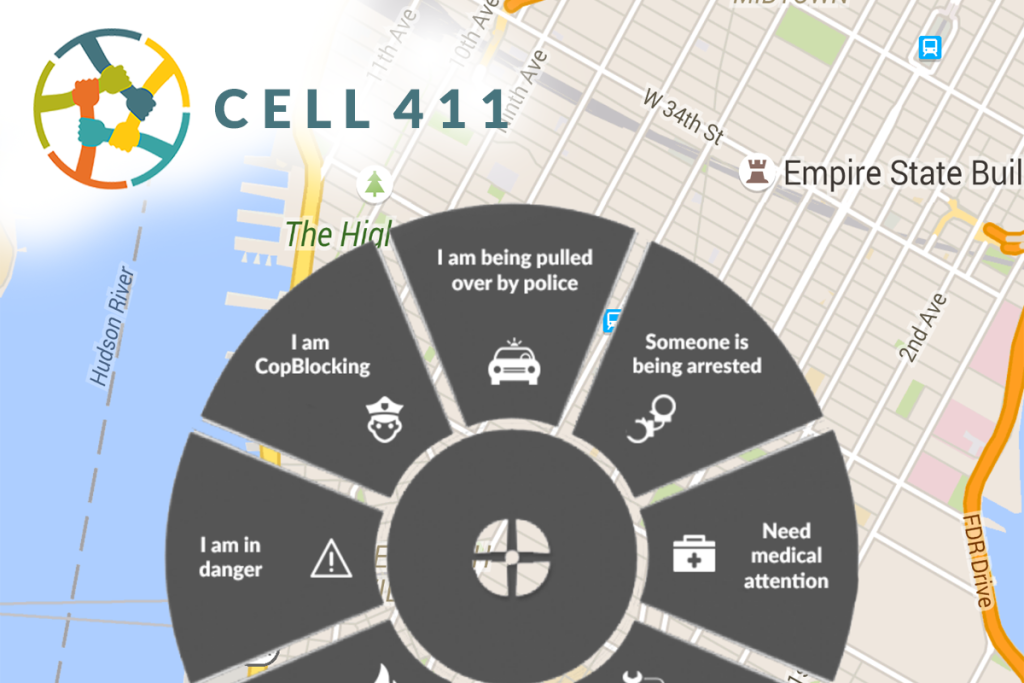 *From our friends at TruthVoice.com*

Cell 411, the app which will be released in the next several days, is, according to the developers, a decentralized emergency alerting and response platform which allows users to instantly notify a trusted group of friends, family, or others of any situation or emergency they may encounter.

In addition to medical alerts, car problems, fire, or danger, the app offers a default “I am Copblocking” alert which would notify a user’s friends of the activity in real time and provide coordinates and turn-by-turn directions to the location of the police interaction.  This would allow users to request help in case of ongoing police action, abuse of human rights, or other potentially dangerous circumstances.

One excellent example of the use for the app is when citizens organize themselves in a neighborhood watch group, making the use of Cell 411 virtually a requirement.  The app would enable neighbors to notify each other en masse or individually of criminal activity, medical emergencies, fires, or police activity.

The developers of the application are not hiding the fact that this app is directly aimed at protecting citizens from police abuse and enabling users to obtain backup from friends, family, and other activists in case of emergency.

Future versions of the app will also include live video streaming, audio streaming, multiple language support, and other “secret sauce” features that have not yet been revealed to the public.

For more information about Cell 411 and download links, you can visit safearx.com