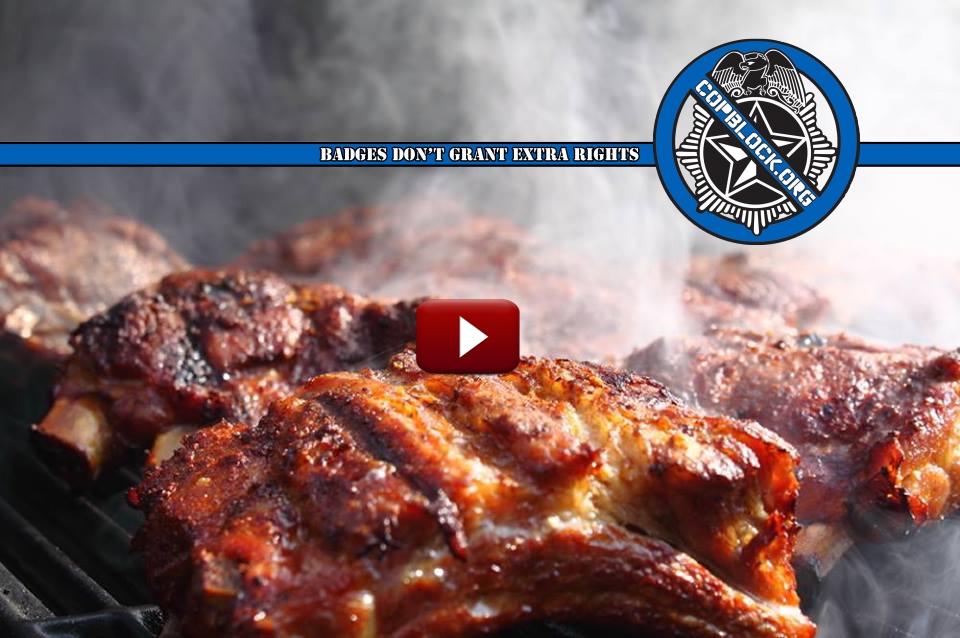 In a video uploaded originally to Facebook by Scotty Jordan of Pinellas County Florida, we see an environmentalist with the county’s Air Quality Enforcement Team respond to a complaint of BBQ smoke being a nuisance in a neighborhood after a neighbor across the street called to complain.

The unidentified enforcement member is wearing no kind of uniform or badge to identify himself.  In the beginning of the video he reads an ordinance to the gentlemen making the recording and tells them that their smoke cannot go into other people’s yards.  In the five minute video, you see them go back and forth over how someone is supposed to control smoke from a BBQ from traveling out of their yard.  The enforcement guy goes so far as to tell them that they have to keep the smoke confined to their property line.

This kind of overreach is quite maddening, but comical in the same sense.  The idea that a citizen actually had the gall to call the authorities and complain about a BBQ and harass a neighbor over it, and then for some enforcement guy to actually try to tell these people that they had to control the BBQ smoke, just doesn’t get any more ridiculous.  My guess is that there has been some friction between these guys and the neighbor for some time.  On his Facebook post, Scotty says that the neighbor is a teacher with a history of bothering other neighbors over petty things.

The issue has since been resolved as a friend of Scotty contacted county commissioner Ken Welch to bring it to his attention.  In a Facebook message, Commissioner Welch says, “The issue has been resolved and I will provide a summary after I speak to Mr. Matt.  Please note that the county does not have a “BBQ Patrol”-they received several complaints and had to investigate.  The administrator has also directed that all Air Quality staff wear uniforms when working in the field.” It’s refreshing to see an elected official so quick to right a wrong and listen to his constituents.  Thank you, Commissioner Welch, for doing the right thing and correcting this misuse of the law.  We need more people like this guy who will do the right thing when asked by citizens.