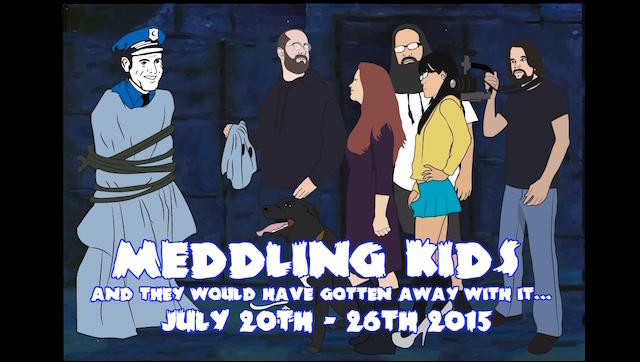 Police Chief, Self-Proclaimed “God of Put-in-Bay,”
Accused of Covering Up Police Rapes
“[The police chief], two federal lawsuits say, protected a PIB police officer who roofied two female cadets and raped them (on different occasions) 12 years ago. One lawsuit says that Lampela used his power to threaten one of the victims, saying he was the “God of Put-in-Bay” and could destroy her career if he wanted to.”

Cops to Use Asset Forfeiture for Small Amount of Marijuana to
Steal Lottery Winnings
“According to the Brunswick County Sheriff’s office, agents responded to the home to arrest Larmarr McDow for missing his curfew, which violated his pretrial release agreement related to a drug arrest. Authorities smelled marijuana at the home, and worked to obtain a search warrant.”

New Haven Police Officer Allegedly Stole from Local Restaurant
“Officer Bobby Jones has been charged with third-degree burglary and sixth-degree larceny. Police said the video evidence shows him stealing several hundred dollars from the restaurant on two separate occasions, once while in uniform and on duty and a second time while in civilian clothes when he was not on duty.”

New Castle Police Hope to Link ‘Hundreds of Thousands’ of Cameras
“Imagine if police had the power to see through the security cameras at every convenience store, every ATM, every mall and every apartment complex in New Castle County. That’s the vision of County Executive Tom Gordon.” A Homeless Woman Hoisted an LAPD Nightstick During the Skid Row Shooting-
Could Get Life in Prison
“Bill Seki, a professor at Southwestern Law School and a criminal defense attorney, said that facing the officers with the baton was enough to bring an assault charge, but he added that prosecutors always have discretion in charging decisions.”

Woman Tracks Down Identity Thief- Police Let Him Go
“When police took Valencia to the jail he had severe, infected sores on his face. Jail personnel told Salt Lake Police they had to get him medical treatment for the sores at a local hospital before he could be booked into jail. Instead of getting treatment, Salt Lake Police simply released him. They told ABC 4 that this happens often with non-violent offenders. That they just don’t have the time or the manpower to take a suspect like this for treatment and then back to jail.”

Family of Hit-and-Run Victim Distrust Police Investigation
“On July 9, police officials said they were investigating a Tampa police officer after forensic evidence matching [the hit-and-run victim’s] DNA was found underneath a department vehicle. The next day, police identified 26-year-old Jeremy Dabush, an officer on the Tampa Police Department’s Rapid Offender Control team, as the vehicle’s driver. Police said Dabush was on duty in the unmarked police vehicle at the time McIntire was run over.”

‘Whistleblower’ John Connors Sues Police Chief, Two Commissioners & Portsmouth
“Through attorney Paul McEachern, Connors claims he’s been unlawfully deprived of his “constitutionally protected right of speech as a whistleblower for publicly disclosing unethical activities of employees of the Portsmouth Police Department which he observed as a citizen and next door neighbor of the elderly target of those activities.” He claims that police officials and the city acted in concert to deprive him of his “well-established right to speak publicly on a matter of public concern guaranteed to all citizens by the First Amendment of the United States Constitution.”

Mother Sues City, Police Officers and Driver In Death of 13-month-old
“McComb’s attorney, Antonio Romanucci, said there is evidence that a superior had ordered the pursuit of Watkins terminated. He would not specify what the evidence was but said even without it they would have a case that police ignored general orders when engaging in a high-speed pursuit through 3 1/2 miles of residential neighborhoods on the South Side.”

Police K-9 Bites, Injures 7-year-old Girl In Lake County, Florida
“An incident report said the off-duty officer let the dog, named Dokie, out into his fenced backyard when the child, a neighbor, reached her hand over the fence and the dog bit toward her. She then backed away and the dog followed her over the fence and bit her, documents said.”

Police Supporters, Protesters Face Off In Denver During Pro-Police March
“Police supporters like The Blue Knights of Colorado, Colorado Concerns of Police Survivors, active law enforcement officers and area residents turned out to show their support for police and listen to a lineup of pro-police speakers. But people carrying massive signs displaying the names of loved ones killed by police and megaphones also came out in droves. The protest chants were so loud that it forced the police supporters into a rotunda so their speakers could be heard.” City Agrees to Pay $75K to Settle OPD Brutality Suit (Orlando, Florida)
“An auto mechanic who sued Orlando and four of its police officers, accusing them of beating him after mistaking him for a female car thief, has agreed to settle his federal civil-rights lawsuit against the city for $75,000, his lawyer said Tuesday.”

The Police Are Still Out of Control – I Should Know by Frank Serpico
“Even now, I do not know for certain why I was left trapped in that door by my fellow police officers. But the Narcotics division was rotten to the core, with many guys taking money from the very drug dealers they were supposed to bust. I had refused to take bribes and had testified against my fellow officers. Police make up a peculiar subculture in society. More often than not they have their own moral code of behavior, an “us against them” attitude, enforced by a Blue Wall of Silence. It’s their version of the Mafia’s omerta. Speak out, and you’re no longer “one of us.” You’re one of “them.”

Not ONE, not TWO, but THREE stories about LEO’s and DUI’s