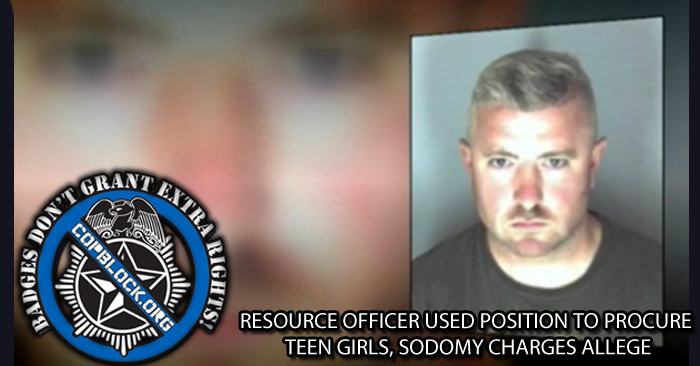 34-year-old Joshua Spratt was arraigned on four counts of a third-degree felony sex act for having oral sex with one of the girls, who was 16, as well as misdemeanor charges of child endangerment and official misconduct for his sexual involvement with another 17-year-old girl.

He was additionally charged with sodomy.

Prosecutors say the acts allegedly took place at cemeteries in Watervliet and Menands and in the parking lot of Watervliet Elementary School between February and April of this year.

“There’s three victims, only one that legally we can pursue on the criminal sex act and that’s the individual who is under the age of 17,” District Attorney David Soares said, adding that the third student is a 17-year-old witness.

Watervliet School officials have called the allegations an “egregious betrayal of trust” that came to light at the end of the school year, and say that a “crisis team” has been assembled to counsel students over the summer.

“As soon as the rumors hit my desk, I spoke with the chief of police. The Watervliet Police Department turned the case over to the New York State Police,” Superintendent Dr. Lori Caplan said.

“As always, our primary concern is for the safety and well-being of students. Our focus over the next few weeks will be helping them to come to terms with this betrayal.”

Orders of protection for the three girls were issued by New York Supreme Court Justice Thomas Breslin Monday, before Spratt, who entered a plea of “not guilty,” was released on $50,000 bail.

The officer is facing up to 16 years in prison, and prosecutors say they haven’t ruled out the possibility of additional charges or more victims.

DA Soares has urged any additional victims or anyone with more information to come forward.