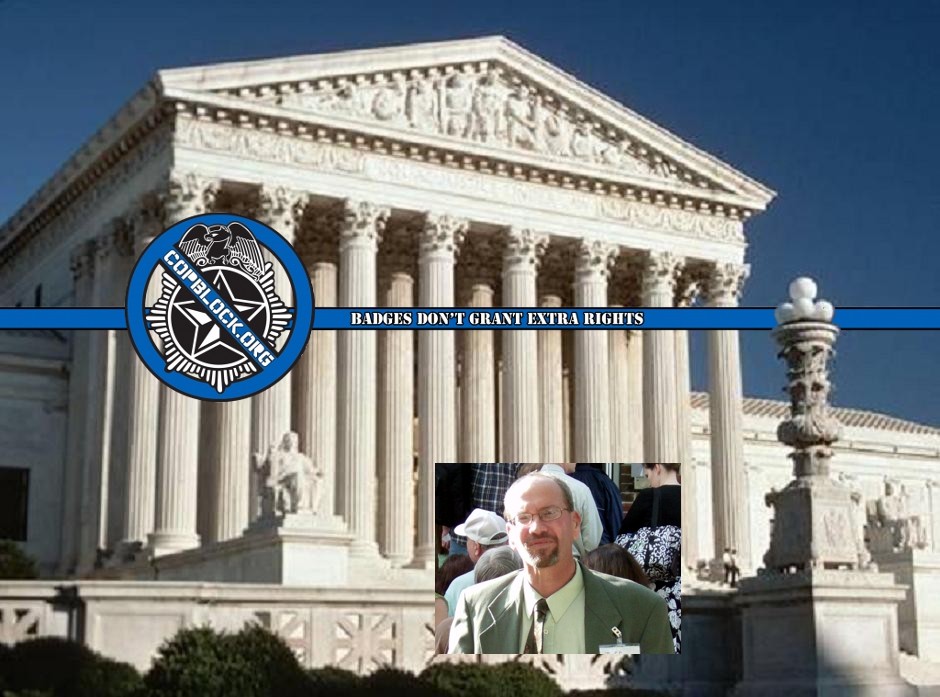 When will political prisoner Jeffrey Weinhaus be vindicated?

Shot twice in the chest and twice in the head on September 11, 2012 by Missouri State Highway Patrol employee Henry Folsom, Weinhaus survived, only to be caged and sentenced to decades in a cage.

Though Weinhaus had not harmed anyone, the self-proclaimed “authorities” who adjudicated the incident deemed the aggressive actions of their badge-wearing colleagues acceptable. All legaland efforts by Weinhaus – motions, appeals, etc. – have been rebuffed by those involved with the injustice system in Missouri.

Fortunately those familiar with this situation – those who value transparency and personal responsibility – have not remained mute. Just this week a call flood was held to castigate his captors. And from behind bars, with limited resources, Weinhaus himself continues to seek remedy.

On June 5th of this year, Weinhaus sent a 13-page document to those at the “Supreme” Court, petitioning them for a writ of certiorari. In plain English, he asked that his case be reviewed and a more favorable conclusion be reached.

In the text Weinhaus makes clear that he never threatened anyone, nor did he draw his handgun, which he was “legally” open carrying. He also solicits the “Honorable Court” to consider his case in light of the broader concern about rampant, unaccountable police abuse.

Jeff was lured to the parking lot to collect his computers, and he was wearing a legally holstered weapon. But within twelve seconds of exiting his vehicle, and three seconds of being told to get down, Jeff was shot. The most that could be said about Jeff’s conduct is that he rested his hand on his holstered weapon while officers pointed guns at him…

In this time of countless excessive use of force allegations against law enforcement officers across this country, the public truly needs this Honorable Court’s guidence in determining when and under what circumstances is law enforcement under imminent threat of serious physical injury or death by a citizen and justified to use deadly force. In recent years, citizens have been shot to death by law enforcement officers for coming at them with a rake, a butter knife, and even a toy gun that was weilded by a child. In other instances, citizens refusing to be handcuffed have been beaten, kicked, and even choked to death, while others actually carrying weapons such as clubs, knives and guns have been mowed down from behind by law enforcement vehicles, shot in the back while fleeing and in the case at hand for simply resting a hand on a legally holstered pistol…

This is not just about Jeffrey Weinhaus. It is about restraint and common sense when law enforcement use deadly force. There has never been a more crucial time for this court’s guidance on this issue. This Honorable Court can send a very meaningful message to both law enforcement as well as to citizens who may choose to carry, weild or actually use weapons in the presence of law enforcement officers.

Those at the so-called “Honorable Court” have listed September 28th to have a conference to discuss the merits of the claims made by Weinhaus. At the conclusion of that conference they’ll either grant cert (agree to hear the case at a future date) or deny cert (opt not to hear the case thus the previous ruling stands).

If the case is granted cert, and a different conclusion is reached – one that frees Weinhaus from his physical cage – will that be vindication? Ultimately that will be up to Weinhaus to conclude. But without question Weinhaus – a steadfast journalist, a staunch advocate of justice, and an upbeat, spiritual person – would prefer to live his ideals and endure a rocky road than compromise himself for smooth sailing.

Thanks to you who do the same during your own journey and who continue to support Weinhaus during this ordeal.