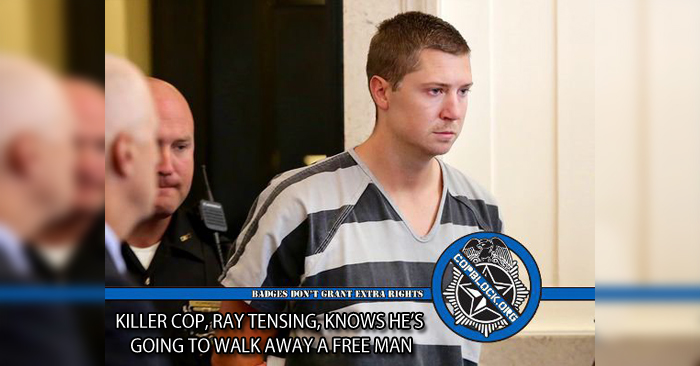 You’ve probably heard the name Ray Tensing; in case you haven’t, he’s the former University of Cincinnati Campus Police officer who was fired, indicted, and arrested, then bonded and bailed out after he shot Samuel Dubose in the head during a traffic stop on July 19th. What you probably don’t know is that Tensing knows he’s going to go free. That’s right, he’s never going to see a jail cell and he knows it.

Before I explain, know that I have no sources, only three solid reasons that make my case.

may seem far-fetched to you and I’m not stating this as rock-solid proof. I’m just pointing to the little cracks in the dam that clearly aren’t supposed to be there. And even if I’m wrong about him walking away and staying out of a jail cell, the fact that the other officers aren’t charged and Tensing was allowed to bond out has already distorted the justice those in Cincinnati seek–so much so that the outcome of this case won’t do much to heal the wounds caused by the police state we all live in.

We most certainly need justice for Samuel and all the other victims of police abuse, that’s for sure. At the same time we need to be asking the tougher questions, too. Questions like, why do we pay for police to murder people in our communities? How can we protect ourselves from police abuse? Just for starters.

READ MORE ABOUT TENSING BELOW: