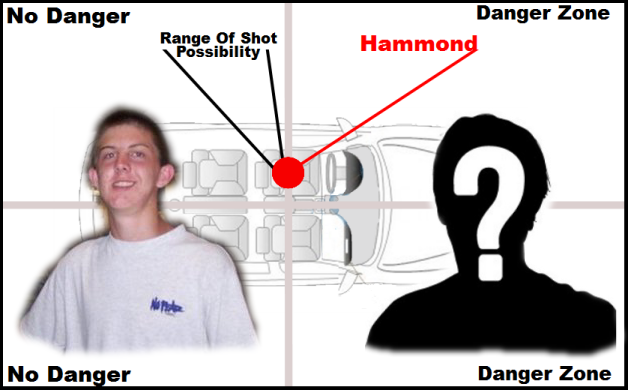 Seneca police Chief John Covington said that he will not release the name of the officer who gunned down 19 year-old Zachary Hammond, claiming the officer did so in ‘self-defense.’ In a written statement released to the media, Chief Covington states:

“We feel that releasing his name may possibly subject the officer and family to harassment, intimidation or abuse.”

The unnamed undercover officer claimed that Hammond was trying to run him over, so he fired two shots into the car, killing the teenager. Eric Bland, an attorney for the Hammond family, claims the undercover officer is lying. He says a private autopsy, conducted Thursday, showed Hammond was shot from behind and that his car was not moving.  The official autopsy, performed by Oconee County Coroner Karl Addis, noted that Hammond was shot twice, but omitted the direction from which the shots came.

It is also important to note that the undercover officer who gunned down Hammond left out any mention of the shooting in the police report that he filed. When questioned about the omission, Chief Covington said the officer would file a statement about it at “some point.”

As previously reported by CopBlock, and now confirmed by the chief’s unwillingness to name the undercover officer, the official story doesn’t add up.

Bland also said the autopsy indicated that the first shot went into Hammond’s left rear shoulder, throwing him forward in the car, and the second one went at a downward angle into his side from the rear, through his heart and lungs and exiting out his lower right side.

The entry wounds were five inches apart.  The shots were so close in proximity to each other that it would be physically impossible unless the car was stopped and the officer came up very close to an open window, Bland said.

If the undercover officer was in fear of being run over, how did he manage to shoot the teenager through the driver’s side window with a bullet grouping of only 5 inches? Now faced with the private autopsy’s findings that proved Hammond was shot from behind, how can the officer claim he was in ‘fear for his life’?

With all the remaining questions and inconsistencies, it’s no wonder that the chief is refusing to name the officer who murdered 19 year-old Zachary Hammond.

We are currently working on the identification of the officer. So far, the chief has only said that the officer has worked for the Seneca Police Department for at least five years, and has worked elsewhere in law enforcement prior to working for Seneca PD. This story will be updated once the identity of the officer is confirmed.

If you enjoyed this article, please check out more of the author’s other work.