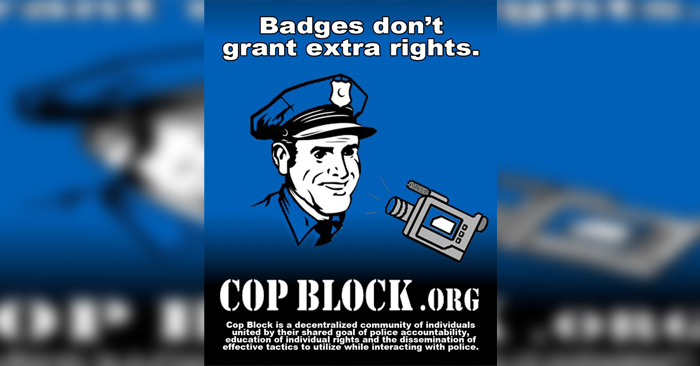 Barely a week seems to go by without a public statement being issued by officials in Fairfax County that includes some now-obligatory remark about transparency. They really seem to think that if they say the word enough, the public will actually be fooled into thinking that is the same as being transparent.  It’s a tactic that’s worked before, but residents have seen this particular dog and pony show too many times before.

Here’s the Chairman of the Fairfax County Board of Supervisors, trying to pull the wool over our eyes by saying this is a fairly new problem, going back only 2 years.

“When I was a reporter covering the news in Fairfax County, we often referred to the Fairfax County Police Department as the KGB. They were the secret police,” says [Dave] Statter, a longtime reporter for WUSA.

In 2010, Michael Lee Pope wrote a series of damning articles about how law enforcement agencies in Northern Virginia, particularly in the Fairfax County Department, twist and abuse exemptions in the Virginia Freedom of Information Act to shield their actions from scrutiny:

Fairfax County is the least transparent police department in Northern Virginia. Even defense attorneys in Fairfax complain that they have to get a court order to see police records that are routinely made available in the rest of Virginia. In contrast to Alexandria and Arlington, where prosecutors open their office to defense attorneys, the Fairfax commonwealth’s attorney’s office forces defendants to tie up court time and jump through bureaucratic hoops to get documents that are easily available elsewhere — even in Virginia.

In an editorial from earlier this year, Connection Newspapers Editor Mary Kimm states the problem even more plainly (emphasis mine):

Police-involved shootings have resulted in excruciating obfuscation and delay by Fairfax County Police dating back more than a decade. In this editorial, we refer to two high-profile cases, but these are not the only cases where police secrecy had caused incalculable pain to families while damaging the credibility of the police and other county officials.

It’s worth noting that the FCPD doesn’t just refuse to release information to reporters and the families of the people they kill. They also exempt themselves from reporting basic crime statistics to the state police and the FBI, as well. From the Richmond Times-Dispatch:

It appears most police agencies in Virginia try to comply with voluntary federal and state reporting requirements that direct them to electronically transmit data on “justifiable homicides” involving their officers to state police, which collects all local crime data and forwards it to the FBI.

But the results have been mixed. And at least one police agency, Fairfax County police, has unilaterally stopped providing the data, saying they are not legally required to do so.

The agency said such homicides are not considered to be an “actual offense” and therefore are not required to be included in an agency’s crime-reporting numbers. None of the 13 justifiable homicides the department said involved its officers from 2007 through 2013 was reported to the state. Fairfax refused to provide numbers before 2007.

So we now know that this lack of transparency goes back at least a decade. Perhaps things could have changed recently. Not according to this Watchdog.org article by Robert Pursell from March. He details his experience trying to get information about the 11 fatal shootings Fairfax police officers have been involved in between 2007-20012:

Within ten days I received a letter from the Fairfax County Police Department. Eager to get my hands on some substantive information, I ripped open the letter to find…absolutely nothing. Enclosed was a listing of 11 dates. Along with those 11 dates, was a case number accompanied by a two-word description that read “police shooting.”

It didn’t list any of the suspects. It didn’t give any descriptions of the events. It simply showed the 11 dates, the town in which the shootings occurred, the name of the officer who investigated each incident, random numeric case numbers, and the reported event of “police shooting.”

Dumbfounded, I called Lt. White… He informed me that, as much as he wished he could release incident reports to me, that information could only be made available if I had a subpoena for it, and referred me to Section 2.2-3706(A)(2)(a) of the Code of Virginia, the bylaw listed in the body of my letter as the reason why the Fairfax County Police Department didn’t have to fulfill my request.

Barrie Masters’ luck hasn’t been any better in the 6 years he has been trying to pry details from the FCPD about the 2009 shooting death of his son, David Masters, at the hands of one of their officers.  Masters was shot in the back and killed when a Fairfax police officer mistakenly assumed the unarmed man reached for a gun during a traffic stop. The dashcam footage of the incident was finally released in May after the department was criticized at a public meeting for its continued secrecy in the case.

In a statement accompanying the video, Fairfax Police Chief provided his rationale for releasing the previously withheld footage:  “In reaching my decision to release the in-car video, I considered the following factors:  the local criminal investigation has been completed; the U.S. Department of Justice criminal investigation has been completed; and there is no pending or threatened civil litigation.”

Yet when Barrie Masters submitted another FOIA request asking for records related to his son’s death, Roessler again denied the request, stating that the investigation could be re-opened at any time, and again citing the same tired exemption police accountability activists have come to know and hate.

The Communications Subcommittee of the Fairfax County Ad Hoc Commission to Review Police Practices and Policies recently released a scathing report calling for immediate changes in how the county releases information about officer-involved shootings:

If the Board of Supervisors expects to get out from under the negative perception hindering the good work of the men and women in FCPD, there must be significant change coming from the leadership of the County and the Fairfax County Police Department. No longer can they just pay lip service to the idea of transparency. Real change is needed – now.

The Board of Supervisors must insist on policies that lean toward releasing information as soon as possible whether it’s in the department’s daily communications, during a significant event or through a Freedom of Information Act request. There are now examples across the country of large, metropolitan area police departments operating in this manner, making those agencies both more efficient and more effective in serving their communities.  It is well past time for the Fairfax County Police Department to start providing timely, honest and effective communications with everything it does. We deserve nothing less.

Contrast this to the response the County Attorney’s office gave to the subcommittee when they discussed the blanket FOIA rejections issued by county agencies:

“Longtime deputy county attorney Peter D. Andreoli Jr. advised Fitzgerald’s committee that if they wanted to change that approach, they should go to Richmond and change the law.”

This is the same office that was revealed to have deliberately impeded the investigation into the shooting death of John Geer for more than a year. The same office that paid an outside attorney more than $225,000 to write two pooh-poohing responses to Senator Charles Grassley’s (R-Iowa) inquiries about stonewalling in the case.

The same office that claimed it was restructuring to be more responsive and accountable by terminating one attorney and having the person in charge of the office, David Bobzien, retire in a few years. Bobzien has been a practicing attorney for roughly 40 years. Announcing his retirement does not signal any censure or commitment to change on the county’s part. It merely signals that there is an exit plan that doesn’t involve prying the key to his office from his cold dead hands when Bobzien finally dies at work. As for the scapegoat deputy attorney who was supposed to get terminated? Of course, that didn’t happen.

On the other hand, FCPD Chief Roessler’s reaction to the communications report suggested that the department might be adopting a new approach to releasing information:

“The message I get from that report is, ‘Chief, you need to do better,’ and I am trying,” says Fairfax County Police Chief Edwin Roessler, who sat down with WAMU to talk about the report and his reaction to its recommendations. “You need more access to me, to this agency and we need to provide more information through social media as they unfold.”

How might that look? It looks a lot like the same ole, same ole. The same article continues:

“Roessler says he will not be releasing the report his department conducted on the death of a woman who died after being hit with a Taser stun gun several times while she was handcuffed. He would also not commit to releasing dashboard video footage or body camera footage of officer-involved shootings. He also wouldn’t commit to releasing the names of his employees who are involved in officer-involved shootings within a week.”

Well, what is the mealy-mouthed, do-nothing, say-nothing Board of Supervisors doing? You know, the ones that can actually order the police department to adopt the recommendations from the communications report? As usual, not a damn thing.  They had one of their regularly scheduled meetings the week after the communications report was released, but it wasn’t on their agenda and didn’t come up for discussion at all.  They did, however, approve seeking more grants from the Federal government so the police department could get more equipment and hire more officers.

This is the final post in the Why We Protest series.

478
SHARES
FacebookTwitterGoogleRedditTumblr
DiggLinkedinStumbleuponMailPrint
You Can Support Cop Block by shoppping on Amazon using the banner below:
BANNERS ARE CLICKABLE