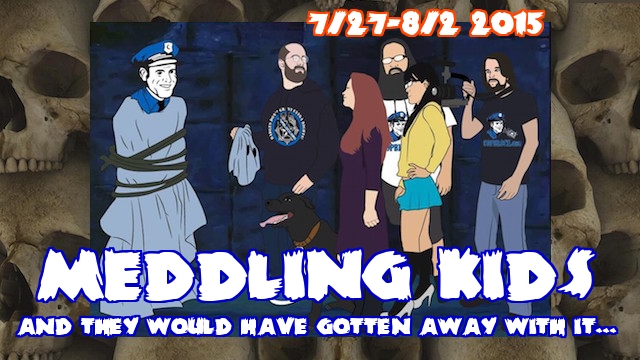 Osceola [FL] Sheriff’s Deputy Arrested After Illegally Buying Prescription Drugs
“[Jason] Sigman, a deputy since 2008, has been suspended without pay pending the “termination process,” according to deputies.”

Iraq War Veteran Challenges Police Practices
“An Iraqi Army veteran [says] he thought he was going to be shot dead last month in Alexandria. Alex Horton claims Fairfax County [VA] Police used unnecessary force when they raided his apartment last month. The Veteran wrote about the incident in the Washington Post hoping it will bring about change.” A Grieving Mother’s Question to Police:
“Wouldn’t You Get Him Medical Treatment Before An Arrest?”
“When Weatherford [CA] police found a man shirtless …lying on the ground …they took him to jail, suspecting he was drunk. Less than a day later, 25-year-old Charlie Alvarez was dead – not from alcohol, but from internal bleeding.”

Lowell Police Officer Turns Self In On DWI Charge After Crashing Police Cruiser
“A former Lowell Police Department police officer (Harold ‘Alex’ Dominguez) turned himself in Tuesday (July 28) on suspicion of DWI after he crashed one of the department’s cruisers in June, according to the Springdale [AR] Police Department.”

Police Crash Ends In Flint Mother’s Yard, Destroys Her Four Parked Cars
Flint, Michigan- “I don’t think it’s fair that I’m at home minding my business and this is brought to my home and now I have to pay for this,” says Tremaine Brown.

911 Dispatcher Tells Girl to ‘Deal With It Yourself’ After Friend Gets Shot
“After learning of the alleged misconduct, Driver Matthew Sanchez was immediately removed from the dispatch center and placed on administrative assignment. An internal investigation has been initiated. As the Chief of the department, I am taking the allegation very seriously,” Albuquerque, NM FD Chief David Downey said.

Ted Rall: LAPD Convinced LA Times To Fire Me After I Criticized Cops
“The Los Angeles Times fires Ted Rall, an award-winning political cartoonist and essayist, after the LAPD objects to his criticism of cops and produces a hard-to-hear 13-year-old tape as “proof.” Listen for yourself.”

The Real Jade Helm: Berkeley PD Show Citizens What Police Militarization Looks Like
During Manhunt for Laundromat Robber
“Everything conspiracy mongers mistakenly think is being done across seven southwestern states by highly trained special forces units in Operation Jade Helm 15 is, in fact, being done — only it’s being done by poorly trained police officers dressed up like soldiers in cities across America. The situation in Berkeley [CA] on Monday is merely emblematic.”

‘A Sick Joke’: Cleveland Police Union Fundraises For Cop by Raffling Off
Gun Like One That Killed Unarmed Man
“The Cleveland Police Patrolmen’s Association this week defended its plan to raise money for an officer by raffling off a gun similar to one he used to kill an unarmed man. Cleveland Officer Alan Buford was put on desk duty in March after he shot and killed 18-year-old Brandon Jones while trying to arrest the unarmed man on suspicion of burglary.”

Oklahoma Takes A Hard Look At What Police Seize — And How It’s Spent
“In Oklahoma, some people in charge of enforcing the law seem to be skirting it. State audits have found people in district attorney offices have used seized money and property to live rent-free and pay off student loans.”

Decatur [AL] Woman Thinks Police Used Excessive Force In Shooting At Her Son
“On June 28, police went to an apartment on Sandlin Road looking for Maury Deshaun Randolph. [Officer Frank Linam] fired his gun during the arrest, although no one was hurt. Randolph’s mother and the police have different stories about what happened.”

The Police Officers’ Bill of Rights by Radley Balko
“Walter Olson (Cato Institute) has a summary of an ongoing issue that has had some resonance in the police killing of Baltimore resident Freddie Gray — the “law enforcement officer bill of rights” (LEOBR) that many states have passed, giving cops extra protections when they’re investigated for abuse of force.” Son of Man Shot In Colby [KS] Angered by Lack of Information
“They’re cremating him before we can see him. [Charles Dewey] was so badly injured he was unrecognizable, according to my stepmother,” Doug Dewey said. “This is so unreal. Every day of the past three days I’ve kept waking up, thinking my dad was going call me. We talked almost every day.”

Black Liberation Project Activists Say They Were
Pepper Sprayed and Assaulted by Minneapolis Police
“While filming this interaction, BMP members and other community members were sprayed, physically assaulted and/or thrown to the ground…This gross overreaction by MPD is dangerous, unjust and legally flimsy.”

Also this week the tale of the murder of Sam Dubose
by Cleveland PD Officer Ray Tensing unfolded.