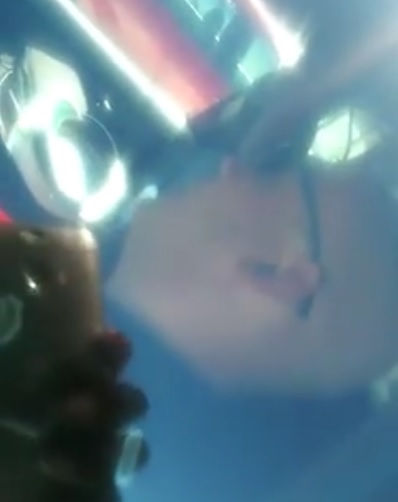 In a video uploaded to Facebook by user, Bandup Dolla Sal, it appears to show a Cincinnati Police Officer Asleep in his cruiser.  The video was shot on Nottingham Road in Villages of Roll Hill, formerly know as Fay Apartments.  To see the original footage, click on the Facebook user’s name.

“CPD was made aware of a CPD officer sleeping in what appears to be a marked Cincinnati cruiser,” the release said. “Cincinnati PD has taken this matter seriously and an internal investigation is under way. Per Chief Jeffrey Blackwell, details of the results of the investigation will be forthcoming.

I’m going to reserve judgement on this until we hear back from the department as far as what they found in their investigation.  With that being said, it doesn’t look good for this officer.  This officer may have very well been on his lunch break and decided to catch a quick cat nap.  Even if he was on his break, you would think these officers would be a little more cautious about doing anything that would add to the public’s negative perception considering all of the negative press that police across the United States is getting.  It would have been more wise to pick a more secluded area to rest his eyes.  The officer also made himself an easy target to anyone wishing to do harm to a cop, thereby putting his own life in danger.

One could choose to be either angry or relieved with this officer’s actions.  On the one hand, he is paid by tax payer money and if it is found that he was in fact asleep on the job, he should be disciplined.  On the other hand, the officer is not out there extorting money or killing unarmed civilians while he is asleep, so that’s a good thing.

The department has not released the name of the officer seen in the video pending the outcome of their investigation into this incident.