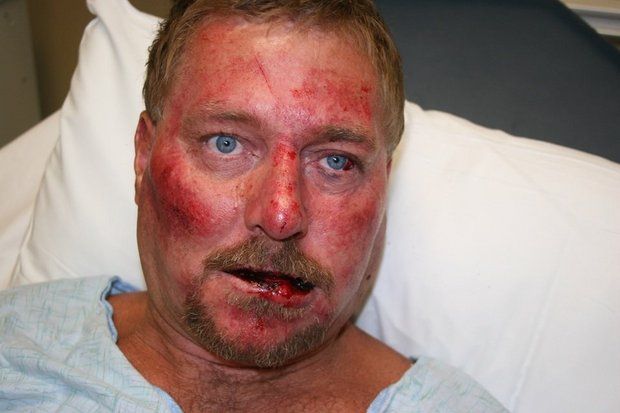 Justin Watson, a former Madison County Alabama sheriff’s deputy, has been indicted by federal courts for a number of crimes relating to an incident that occurred in August 2012, although those records have just now been unsealed.

The charges came after Watson violated the rights of Robert Bryant, assaulted him with a deadly weapon and then engaged in a long term campaign to cover up his actions. According to WHNT19 News:

The indictment accuses Watson of stopping Robert Bryant without probable cause and without reasonable suspicion, then using a deadly weapon to assault him in August 2012. After the incident, Watson tried to hinder the investigation by telling another person to “Keep your mouth shut” about a fight between Watson and Bryant before the illegal stop and Watson’s efforts to locate Bryant, the indictment said.

It further accuses Watson of trying to intimidate someone with information, identified only as “J.C.,” by cutting that person’s head out of a photograph. When J.C. asked Watson about the photo, the indictment says Watson responded, “When did you go talk to the FBI?” The indictment says in another incident, Watson pointed an unloaded handgun at the back of J.C.’s head and pulled the trigger.

The indictment comes after Bryant filed a March 2014 lawsuit against Sheriff Blake Dorning and eight of his deputies for conspiring to cover up a “revenge beatdown. Bryant says he was involved in a bar fight with Watson just before the stop was made by Madison County Sheriffs in which the events detailed in the federal indictments occurred.

If convicted, the Justice Department says that Watson could face up to 71 years in prison for his crimes.

Although it seems more likely than usual that this LEO will face some punishment for his actions if the federal government thought it was worth getting involved, it is unlikely he will actually receive anything near the maximum penalty.

Why is that unlikely? Because he is a cop. The only time the state throws one of its own under the bus is when it is worried the shit might roll uphill towards them this time. Since public outrage in the incident is not sufficiently motivating, I would expect this cop to face only a fraction of the consequences that you or I would. The only way to change that is if we up the public outrage by making this and every other police misconduct story go viral. Your clicks and likes and shares are one of the most potent tools in fighting the police state, no matter how silly that seems seems.