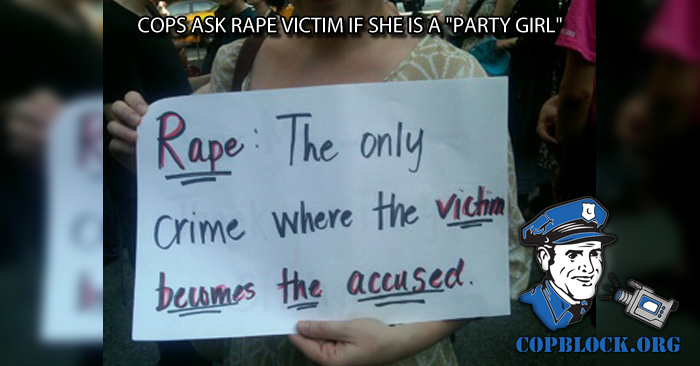 Pepper Ellet was raped in the bathroom of the “Happy Ending” bar in the Lower East Side of Manhattan. She was having a few drinks with a friend, She went to the bathroom around 1am was followed by a male employee who she claims raped her.

“I just saw this dick in my face and I heard a man tell me to suck his dick,”

Ellet believes drugs were involved as she doesn’t remember much of the night at all. She says she was careful not to drink too much as she had work in the morning at an art gallery. Ellet said that a man entered the restroom, and told her to suck his dick. She said “no” Describing the situation she recalls feeling trapped, held against her will then… nothing.

Concerned something might have happened in the bathroom her friend alerted the management who tried to confront the employee. He fled the scene.

Pepper made her story public in an effort to bring attention to the amount of women who have been victimized, and the way society treats the victims of sexual violence.

“Every woman I know in my life has been a victim of violence, sexual or otherwise, at the hands of men,”  “These crimes are so visible, and with sexual violence you’re made to feel this stigma and shame and it keeps people from healing. It just perpetuates the problem. I feel compelled to say, this isn’t right.”

The next day when she went to work, her colleagues encouraged her to go to the hospital. Where a rape kit determined her injuries were in line with sexual battery. In order to press charges Pepper had to talk to 3 male cops. 2 of which she described as “in training”.

One of the officers over and over kept asking “why don’t you remember?”. It got to the point where the nurse had to intervene, and tell the cop that it was totally normal for victims of trauma to block out the event, and to keep in mind it hadn’t even been 24 hrs. The cop replied “It just doesn’t make sense, maybe your a party girl. You know regrettable sex is not the same as rape”

For the next ten hours the behavior of the police continued like this. The cop said “Maybe you led him to believe this was ok in some way” Ellet was so frustrated. “He was basically deterring me from doing anything about it”, I asked him “Isn’t rape a crime, a felony?” The cop told her that if it was a he said she said incident it could be “years of an uphill legal battle, a lot more strife.”

The police could not provide a name for the suspect, nor have they arrested him. even though it is quite obvious who he is. Neither have they put out a request for media attention.

The manager of the Happy Ending Teddy Perweiler was arrested in May for attacking his girlfriend at the bar. Theres 2 examples of people who ended up with a not so happy ending to their experiences at this Lower East Side establishment.

The police officers were unable to empathic to the situation that this young women was in. Instead of recognizing that they failed to protect her from a rapist, and working to bring her offender to justice; they instead turned her into the perpetrator for seeking help with a violent crime that she had been the victim of. This is a prime example of the real crimes that the police have no interest in solving.