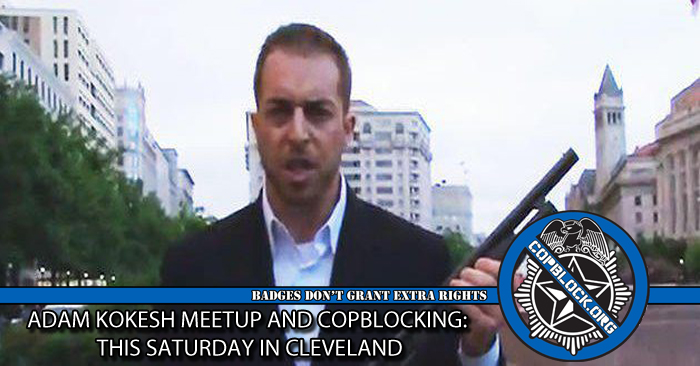 Adam Kokesh has worn many hats in his day, from that of a Marine, anti-war activist, political hopeful, TV show host, YouTube personality and, that which he wears now, author. You might know him from his time on RT, Adam VS the MAN or his numerous arrest – usually while doing some sort of civil disobedience (see videos below).

I met Adam back in 2009 while living in a RV dubbed, “MARV (the Mobil Authority Resistance Vehicle)”, and searching for freedom while blogging at “MotorhomeDiaries.com.” Our travels brought us to New Mexico, Adam’s home at the time, and he was kind enough to put Jason, Pete (co-founder of CopBlock.org) and myself up for a few days (see both videos we shot at Adam’s below)

That was nearly six years ago and nowadays Adam is on the “American Campfire Freedom Tour 2015” where he’s connecting with liberty minded folks and promoting his new book, “Freedom.” And even though I ran into Adam at the Porcupine Freedom Festival in Lancaster, NH, I’m going to attend his Campfire event too. I encourage anyone in the Greater Cleveland CopBlock area to join us as well. The event for Adam is posted on Facebook here and we’re going to be doing some CopBlocking afterwards.

The CopBlocking is in response to last week’s arrest of DEO – founder of Greater Cleveland CopBlock – by Parma, OH police for filming them. This is the second time DEO has been harassed by the Parma police – the first was for holding a sign. I’ve been told that one of the main officers – if not the arresting officer – was the same guy featured in the video below. The one where DEO and I CopBlocked his little speedtrap with a “Fuck the Police” sign.

Therefore, we’ll be out and about Saturday night to let the Parma Police know that filming public officials in not a crime. Hopefully Adam and others will join us too. This will be one of my last CopBlocking adventures in Cleveland before I start my journey West, so I look forward to seeing you there as well (CopBlocking FB event here).

Until then, FILM THE POLICE!