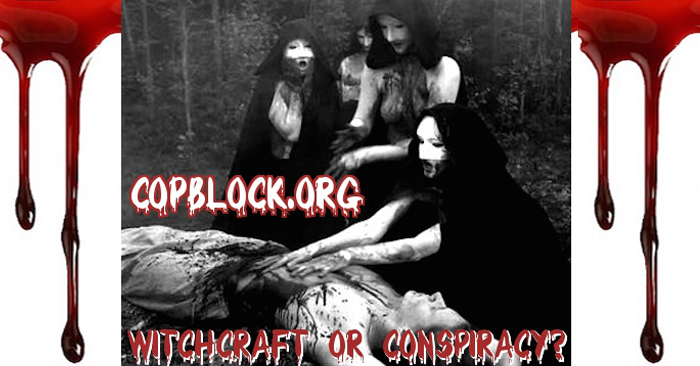 After a bizarre triple homicide of an elderly woman and her two sons in Pensacola, Florida last week, Escambia County Sheriff David Morgan is making even more outrageous claims about the motivation for the killings- Witchcraft.

His theory is that the apparently ‘ritualistic’ murders, as determined by body positions and methods of execution, are related to the Blue Moon, a rare occurrence in which there are two full moons within a calendar month.

Now, I may have only dabbled in Wicca for a few months in the late nineties as part of a scheme to get a date with the nerdishly cute ‘head witch’ of the local neo-druidism chapter, but I did do my homework on the subject and nowhere did I ever read about the fabled Blue Moon Murder Ritual. Maybe they just don’t teach you those things until after you have channeled your third Goddess and sacrificed a few chickens or a goat to the Green Man; but I have a hard time believing that any serious practitioners of the revived dork arts of the ancient North Europeans have shifted gears from candle-making and vegan cooking and made the leap to triple homicide. Just sayin’.

A major discrepancy with this theory is that the murders happened on Tuesday, but the Blue Moon of Wiccan Death did not occur until Friday, something Sheriff Witchhunter has failed to address.

There is a person of interest in the case, but no details about that have been released yet, except that the person was close to the family and is also a 40th Level Wiccan Warlock who was forced to use knives, hammers and a gun when his ‘STFU & Die’ spell failed, likely due to a bad dice roll.

Is this really the work of a mentally deranged individual who referenced the occult in his crimes, or are police leading us down some strange road back to Puritan fears and anxieties manifested in hysteria and witch hunts? The thing about those Salem Witch Trials, however, is that they were concocted from greedy and envious local alphas who used the old Witch and Bait Trick as a ruse in order to steal the land of the accused women. Could there, in fact, also be something much more devious going on here?

The deceased victims are Voncile Smith, 77, John William Smith, 49, and Richard Thomas Smith, 47. Richard, as it turns out, is a Department of Homeland Security employee. Let me say that again. One of the victims of this murder was an employee of one of the largest and shadiest organizations on the entire continent (and I am not just saying that because I have been reading too much Cory Doctorow). And unlike his mother and brother who were bludgeoned with hammers and had their throats slit, Richard was instead killed by a gunshot.

Now I may just be a Shitty Wizard, but I am going to consider the entirety of human history and its lessons about human and organizational behavior and go with that second one.

So the real question here is whether Sheriff Morgan is part of whatever massively fucked up shit is really going on here, or if he is just such a fool at heart, and the entire thing was set up to take advantage of his ignorance, malfeasance and superstitions?

I don’t know whether to laugh about this, or channel Aleister Crowley to help me cast a spell of protection so that the Reptilian Shapeshifters from Nibiru don’t send their DHS cronies after me for revealing their sinister plot. The tarot will know, and if not, the chicken entrails always have the right answer.