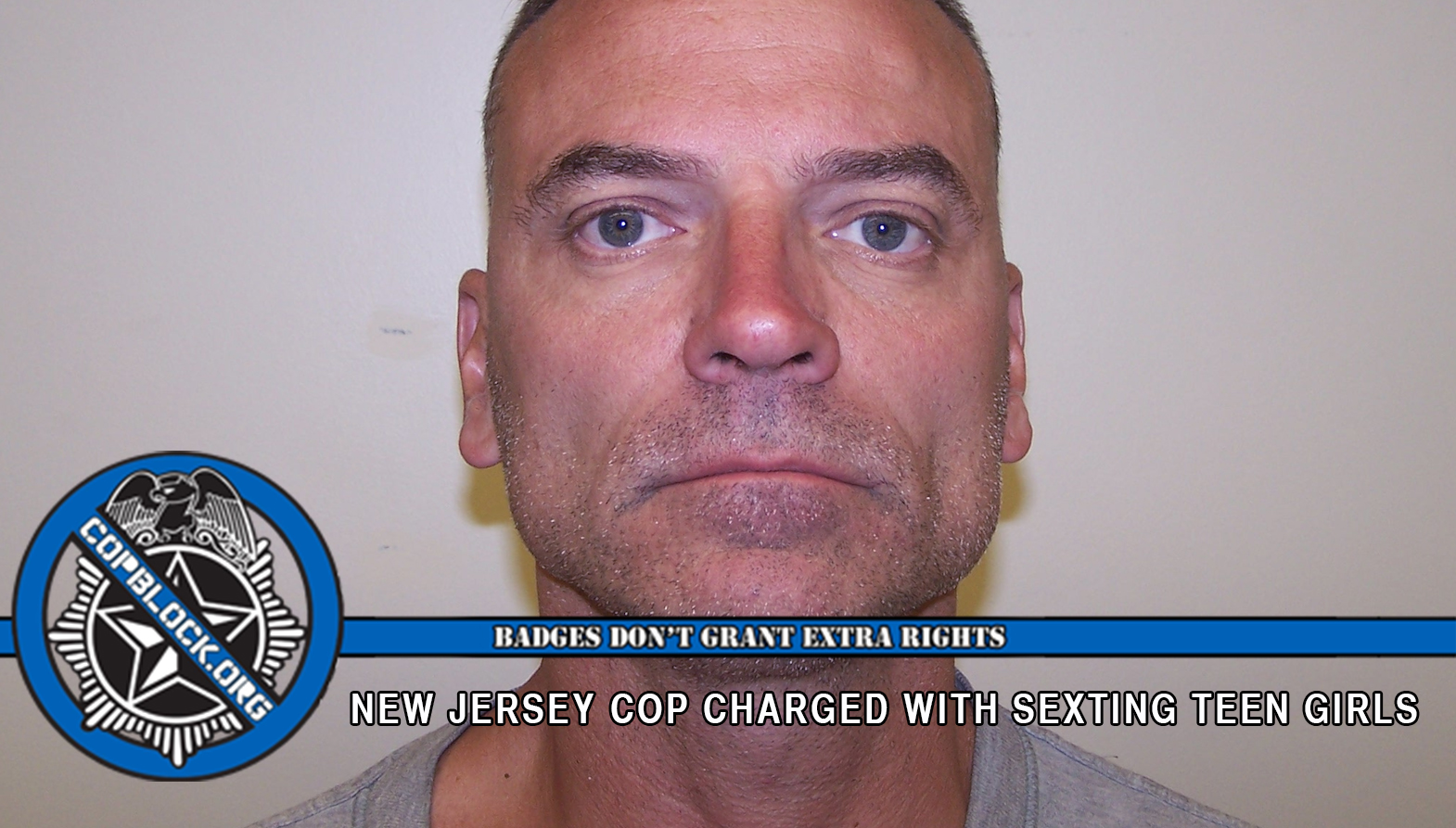 GLENROCK, NJ – A police detective has been suspended without pay after an internal investigation revealed that he had been having sexually explicit conversations with two teen girls.

Officer Eric Reamy, 51,  a 27 year veteran of the Glenrock Police Department, was charged on Wednesday with five counts of endangering the welfare of a child. The one-month-long investigation was started after the mother of a 17 year old girl went to Glen Rock Police after finding “inappropriate” messages on her daughter’s phone that were sent by Reamy.

Investigators also found that Reamy had persuaded a 14 year old girl into sending nude pictures of herself to him and that he also sent her “two photos of his private parts” according to Bergen County Prosecutor John Molinelli.

Both of the teen girls were under his supervision during juvenile matters he was supposed to have been investigating.

“As a department we’re very disturbed by his actions . . . It’s not a reflection of our department by any means. I’m very disheartened by this whole thing,” Glen Rock Police Chief Frederick P. Stahman stated.

Eric Reamy headed the two-man detective unit and also worked as a k-9 officer. The 51-year-old, married father of three was set to retire at the end of August. He is now being held at the Bergen County jail with a bail set at $250,000 with no 10% option.