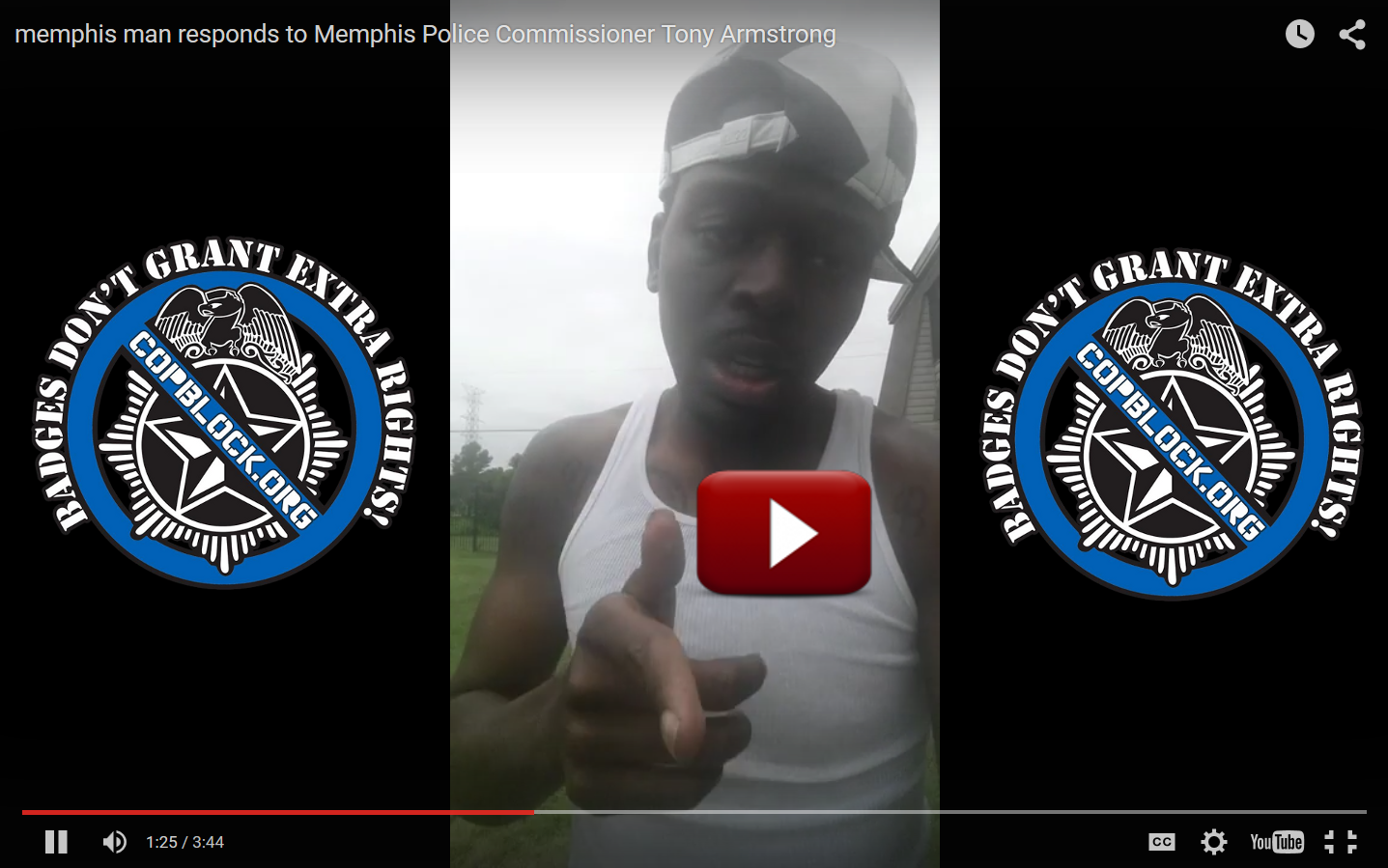 In a video blog uploaded by Mike Goins, he speaks up about the recent killing of a Memphis officer.  He makes it clear that the man shouldn’t have lost his life, but offers some insight as to why these things are happening and why the public is turning on the police.

This guy really speaks from the heart and makes some extremely valid points about what a large number of police are doing, not only in Memphis but across the country, to fuel the fire of distrust.  He also makes it clear that he doesn’t believe that all officers are bad, but points out that when an officer hasn’t personally done some of the things that officers have been accused of doing, he is just as guilty for not speaking up and exposing that behavior.

More people need to speak up and make themselves heard if they truly desire change in today’s current situation of police violence.  I share a lot of the views that Mr. Goins has, but I fear that until more people stand up and speak up, the words of the people will continue to fall on deaf ears and will result in the violence getting worse before it gets better.