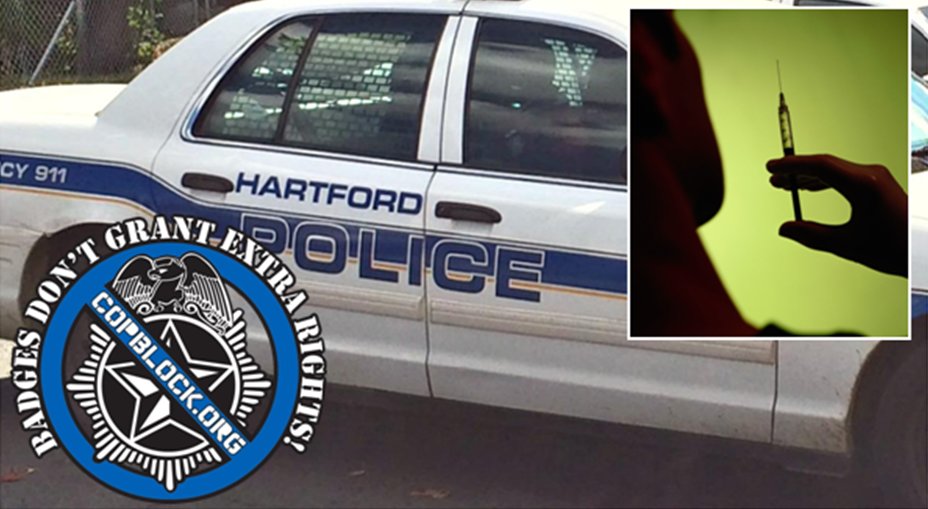 A Hartford, Connecticut man is dead after an officer used a taser on him and EMS personnel forcibly sedated him when he grew combative during a medical disturbance call, police say.

According to state police, Hartford police and Emergency Medical Services personnel responded to the home of 26-year-old Matthew Russo at around 8:30 p.m. on Friday.

Connecticut state police officers with the Western District Major Crime squad responded to the scene as well but not until around 12:30 a.m. Saturday.

An autopsy looking at the cause of Russo’s death is currently pending, but police say the man died after becoming combative with EMS workers.

At first, an officer attempted to subdue Russo by deploying his taser on him. When the man continued to be aggressive, state police say, he was made to take a sedative by EMS workers.

After being tased and medicated, Russo – who reportedly weighed around 400 pounds – began having trouble breathing, state police say. He was immediately given medical aid and was taken to Hartford Hospital where he died.

It is not yet clear whether or not the sedative was administered to Russo by injection or why exactly EMS and police were initially called to the mans home in the first place – and Hardford police aren’t saying much.

All requests for comment made to local police officials have been redirected to the Connecticut state police, who took over the investigation of the incident on Saturday at the request of the Hartford State’s Attorney’s Office.

The results of the autopsy, which is being conducted by the Office of the Chief Medical Examiner, is expected to the released on Sunday – but predictably, as we have seen in the past, the death will most likely be attributed to something benign that has nothing to do with the actions of government employees.

This story will be updated as more information becomes available.