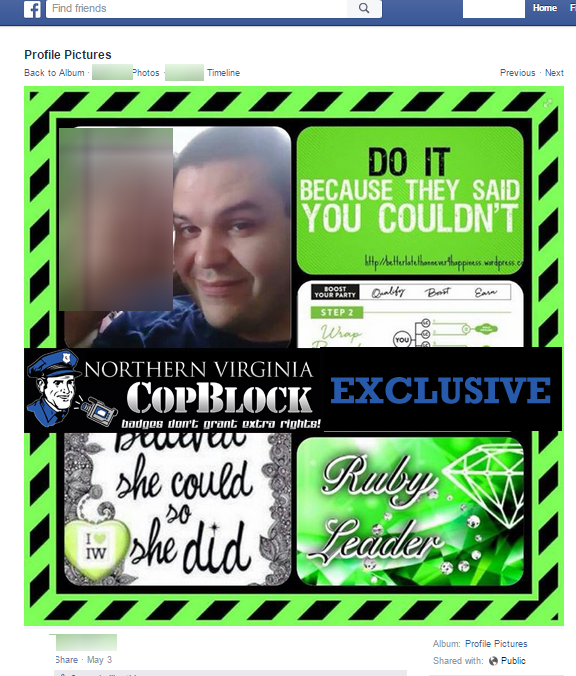 Here’s a roundup of what’s been happening in Fairfax County since I wrote the Why We Protest series of articles.

We had the protest as planned on Tuesday, August 4th. Around 20 people showed up. Admittedly, that is not a large number, but it is notoriously difficult to get people to stand up and be counted for anything in Fairfax County, and it’s still 20 people more than showed up to protest when Sal Culosi and David Masters were killed by Fairfax police officers in 2006 and 2009, respectively. We still managed to have an impact, giving several interviews to the press, and talking to the many passersby, several of whom joined us, while still others gave us thumbs ups and raised fists in solidarity. After starting at the police department headquarters, we moved down to the county jail and read a statement calling for the immediate release of the Natasha McKenna tasering video and the names of the six sheriff’s deputies responsible for her death.

We know that Sheriff Stacey Kincaid was inside to see and hear us since one of our members who arrived late saw her come out of the building and question a deputy who’d been outside when we were protesting. If she’d come out while we were there, we could have showed her this nice campaign video we made for her.

Background information on the Northern Virginia Night Out Against Police Crime protest.

I wish I could tell you that the grand jury had handed down an indictment for officer Adam Torres for shooting John Geer, but the proceedings are still underway and expected to continue through at least mid-August.  Correction: Make that former officer Adam Torres. Eagle-eyed new Northern Virginia Cop Block member, Manda Moore, found Torres’ public Facebook profile (and photos!), which curiously listed his occupation as self-employed.  We shared the information with Tom Jackman from the Washington Post, who then confirmed with the Farfax County Police Department that Torres had indeed been fired. FCPD would not state when the termination took place.

However, we dug a little deeper and discovered that the termination is very recent, around July 16th. That’s when Torres’ wife started a gofundme campaign stating in part:

We are a family of four who are trying to live out our dream of living in the country raising chickens.Due to unfortunate circumstances beyond our control we are needing some help. My husband is in the process of losing his job, and unable to find another job due to circumstances.

“Circumstances.” Way to gloss over your husband killing an unarmed man who had been talking calmly with him and other officers for almost an hour as your husband held a gun, with his finger on the trigger, on him the entire time!  That really crystallizes who the victim is here.

A screenshot of the page is below. I intentionally did not provide a link to the campaign because any police apologist scum reading this article who want to donate to the health and well-being of a killer cop can go f thems…., I mean, find the link on their own. UPDATE: The fundraiser was shut down around 11pm tonight. Huge thumbs up to everyone who reported it and left comments.

We also learned the other day that the deputy county attorney, Cynthia Tianti, who was supposed to be the fall guy for impeding the John Geer investigation, but somehow escaped getting fired, is going to court to pursue a grievance.  And Fairfax County officials don’t want that dirty business getting aired in public. They asked the judge in the case to seal the documents Tianti intends to present in the case. The judge agreed to seal some items, but not all of them, so we will see what shakes out in the end.

One interesting thing to note is that former police chief turned Deputy County Executive for Public Safety Infamous Dave Rohrer is the one who denied Tianti’s grievance when she initially pursued it. If you look at the Fairfax County Government organizational chart, you will see that the County Attorney’s office does not report to Rohrer, or even his boss, County Executive Ed Long.  According to Tom Jackman’s article, “the county executive decides whether a grievance can proceed to the commission, an impartial hearing body for county employee grievances and appeals.”

It still seems a curious choice, and serious conflict of interest, for Long to delegate this decision to Rohrer, who oversees the police department. This makes it look even more like Rohrer, who should have been sent packing after the Culosi and Masters cases, is still calling the shots behind the scenes, from a comfortable position that shields him from the sort of public scrutiny Chief Roessler is exposed to. It would be a grave mistake to fire  Roessler while leaving fox Rohrer guarding the henhouse. Indeed, with Rohrer still in place, we’ll never know how much (or little) of this mess is actually Roessler’s fault.

Iraq veteran Alex Horton left his door ajar after a late Saturday night out this past June. His apartment complex had put him up in a model unit while they made repairs to his regular apartment. A neighbor noticed the door on Sunday morning, and not knowing that the unit was now occupied, called 911 to report a squatter. All of this led to Horton being greeted by FCPD officers inside his bedroom, pointing guns at him, handcuffing him, and searching his boxers because inspecting suspicious bulges in a man’s underpants is a best practice.

My article about the startling and unnecessary show of force in the incident, FCPD’s sudden interest in investigating Horton’s complaints a month after he raised his concerns at the station (it only took his op-ed piece going viral in the Washington Post  to get them moving on it), and the parallels to the John Geer case is here. I attended the Fairfax Ad Hoc Commission’s Use of Force Subcommittee meeting several days after writing the article. FCPD Deputy Chief Tom Ryan and Major Mike Klein from the Internal Affairs Bureau attended the meeting to respond to the committee’s questions about the incident. Their response was basically to say Alex Horton didn’t hear the cops knocking on his door because he drank too much, couldn’t tell the difference between someone merely having their gun out versus having it pointed directly at him, and “oh, watch this video of some other incident in another state that shows why cops always have to be ready to shoot people.”

Here’s the video from the meeting, which has been watched over 500 times because apparently the most entertaining thing on our YouTube channel is a grainy recording of FCPD officials making asshats of themselves.

Not willing to let FCPD stand alone in embarrassment, the Fairfax Fraternal Order of Police Lodge 77 disgraced itself by posting a response to Alex Horton’s article that took strong exception to his characterization of his experience as a raid, and also to “the current climate of constant criticism, Monday morning quarterbacking, and mistrust of police” that “has escalated beyond reason.” For good measure, they also threw in some whining about what a thankless task it is to be a police officer (I’ll be writing an article about that soon).

We shared the FOP statement with Alex Horton on Twitter and he shared some brief remarks about it, seen below.

@NOVACopBlock I see @FairfaxFOP77, instead of thoughtfully engaging, spends a lot of time dissecting the word ‘raid’ and misses the point.

@NOVACopBlock Both @FairfaxFOP77 and @fairfaxpolice need to get out of the weeds and discuss how to make everyone safer, not just cops.

Yesterday, FCPD Chief Ed Roessler released his final statement on the investigation, along with the 911 recording of the call, which the department conveniently said they were not the custodian of and therefore could not provide when we requested the recording under FOIA. In a turn that will come as a surprise to no one, the result was that FCPD investigated itself and found that it did nothing wrong. I don’t think we’ve heard the last of this story.

323
SHARES
FacebookTwitterGoogleRedditTumblr
DiggLinkedinStumbleuponMailPrint
You Can Support Cop Block by shoppping on Amazon using the banner below:
BANNERS ARE CLICKABLE