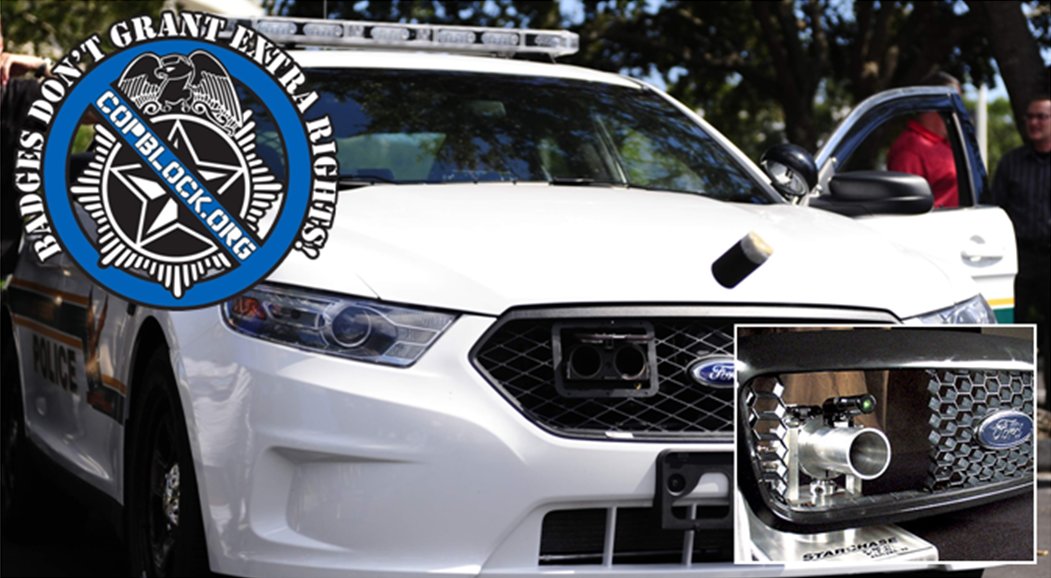 In whats being heralded as a high-tech way to more safely deal with high speed pursuits, the Milwaukee Police Department announced this week that it will be equipping patrol cars with a device that shoots GPS projectiles.

The technology propels a tracking device that looks like a large shot-gun shell – with adhesive on it – which can attach to the back of a moving vehicle and send location data to police in real time.

The department will not be the first to use the tracking deployment systems – there are currently about two dozen other departments using them around the country – but privacy advocates say the devices raise questions about Fourth Amendment protections.

The American Civil Liberties Union has weighed in on the issue and said “any uses of GPS tracking technology outside the heat of a chase should require a warrant.”

The organization says the launchers should not pose a problem if:

Police are touting the successes other departments are having with the systems.

The Austin Police Department, which started using the devices in 2013, report that the technology has been utilized in 36 pursuits – all of which resulted in no injuries for anyone involved and successful apprehension of the suspect, reports NBC News.

The launchers are being manufactured by the company StarChase and cost taxpayers $5,000 each. Additionally, each round costs about $500.

The Virginia Beach company describes itself as a “pursuit-management technology company” and says that over 55,000 injuries occur each year due to high-speed pursuits.

“What keeps us going is unfortunately the tragedies that happen every single day,” StarChase Founder and CEO Trevor Fischbach said. “Even the victims that do survive are generally affected as a result of the accident.”

Demonstration of the technology:

The move to use the technology in Milwaukee comes on the back of sustained vitriol from officers regarding a policy change by police chief Edward Flynn that restricted chases to suspected violent felons and people who present “a clear and imminent threat to the safety of others.”

The change followed public outcry after four people were killed by drivers fleeing police between Dec. 31, 2009, and March 1, 2010 but officers say the new policy has created an atmosphere conducive for car thieves who now know that cops cannot give chase.

“The crooks understand that this is our process [now.]” Milwaukee police union president Michael Crivello said. “Criminals know their car is almost like their safe locker. They can keep drugs and guns in their safe locker.”

One way to look at the rise of GPS launchers may be in the vein of the efficiency of the market. Governments traditionally use market innovations to suppress, surveil, and kill people – but if these devices can be utilized in a manner that has been seen in other departments, perhaps, over time they could lead to substantially fewer people being injured or killed during police chases.

A USA Today report recently found that “more than 5,000 bystanders and passengers have been killed in police car chases since 1979 – with tens of thousands more being injured as officers repeatedly pursued drivers at high speeds and in hazardous conditions, often for minor infractions.”

Obviously lowering these numbers would be a laudable goal, but at what cost? I refer not only to the financial costs associated with purchasing and maintaining the devices that taxpayers will be on the hook for, but at what cost to liberty?

Can police really be trusted not to utilize these devices in ways they aren’t supposed to? – and will they be held accountable if they do?

The answers most certainly to these questions are no, but as any good economics student knows, there are neither “good” policies nor “bad” policies – there are only trade offs. So what is your cost-benefit analysis of GPS tracking device launchers? I’m interested to hear your thoughts in the comments section.