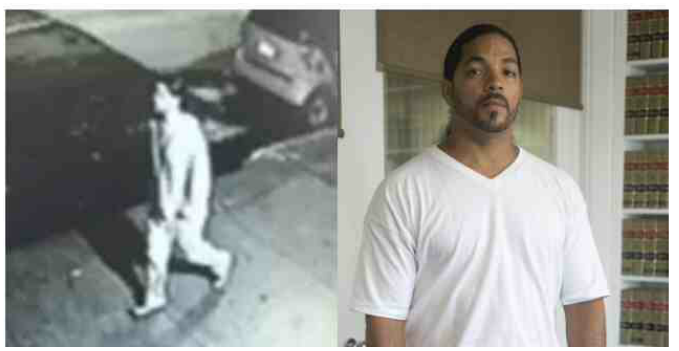 In 2011, Bronx native Brian Rodriguez was arrested for robbery and his case went to trial. The arresting officer, Detective Christopher Cvitkovic, was embarrassed, to say the least, when the charges against Rodriguez were dismissed on the very first day. As it turns out, Detective Cvitkovic had the wrong man. Two key witnesses for the prosecution, who were supposedly the victims of a robbery that Rodriguez committed, stated that Rodriguez wasn’t the man who had robbed them.

Not wanting to walk away like a dog with his tail tucked firmly between its legs, Det. Cvitkovic sought  revenge on Rodriguez with the very first opportunity that presented itself. Approximately a month after Rodriguez’s dismissal, a woman by the name of Hai Yan Yang was killed in a ‘mugging gone bad,’ according to police.

Almost by magic, Det. Cvitkovic identified Rodriguez from a grainy and out-of-focus surveillance video. Apparently Rodriguez, a Hispanic who is 5-feet-7 and weighs in at 175 pounds, was the tall, lanky white male seen in the video (minus the beard).

The only evidence presented in the bogus murder trial was Detective Cvitkovic’s ‘word’ that the white man in the video was indeed Rodriguez. There was no other physical evidence, no DNA, no eyewitnesses – nothing except the testimony of a detective who was publicly embarrassed when his robbery case fell apart on the first day of trial.

In May, a jury was able to see past the slanderous lies of the scorned detective, and found Rodriguez not guilty on all counts. Now, Rodriguez is suing for $15 million in Brooklyn Federal Court. According to Rodriguez’s attorney, Jon Norinsberg, “There’s a distinct possibility of a vendetta against Rodriguez.”

Until corrupt police start paying out of their own pockets, their crimes against the public will continue to grow. With no accountability, they are free to roam the streets, searching for their next victim.

Click on an image below for more stories about corrupt NYPD officers.