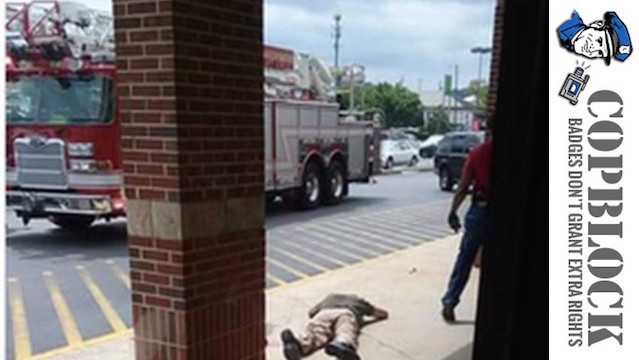 Last Friday a Birmingham, Alabama police officer was brutally beaten during a routine traffic stop by the suspect he had pulled over. As he lie lifeless and bloody spectators showed no remorse, instead choosing to photograph the fallen and badly injured officer and posting them on social media with mocking comments.

I do not condone the actions of the man who brutally and violently assaulted this officer, nor do I condone the heartless way in which this tragedy was spread across social media. I bring this incident to light in order to illustrate how the tides of public opinion are turning against law enforcement.

As police misconduct, corruption and brutality become part of our daily lives; so does a new ideological paradigm which a majority of people are becoming not only skeptical of police, but downright spiteful of them. It seems there is little chance of this trend being reversed before even more egregious horrors are visited on police and citizens by one another. The cycle of violence this has created will only escalate until a massive change comes about to interrupt it.

I abhor aggression and needless violence of all types and against all people. I do not wish to see officers physically damaged any more than I do citizens. Nobody wins in these situations. The world just becomes an uglier more brutal place because of it. This is why I would like to urge police across the country to quit their jobs.

While there can be no ‘good cops’ in a system which is intrinsically bad, there are good people who wear that badge with the best of intentions. There are still naive people who show up to work in their uniforms in order to help people and make the world a better and safer place. The service of these types of individuals is a boon to humanity. Their dedication and courage are definitely needed in our world. However, it is time to stop pretending that this can be accomplished through traditional policing means.

If you or someone you love is a genuinely good person whose desire to serve and protect is authentic, please consider a new career outside of public service. Your bravery, talents and skills could be far better used in the private sector to actually help people, and not just to help prop up a system that repeatedly violates the values that good people hold dear. The private security industry is booming. Jobs within this sector continue to increase. Yet so do the opportunities for good men and women to open their own protection and investigative agencies that serve humanity, rather than the ruling elite.

Through private means you can make a good, honest living helping people in need of your services. You can build a profitable business that uses accountability, transparency and a clean record to bolster your reputation. You can be a hero to those who subscribe to your services without having to prowl the streets like some pirate or gangster in order to keep your position.

You must see that things are on a steep decline. As the push-pull between criminals and cops catches innocent citizens and ‘offenders’ of non-violent crimes in the middle; the reputation of police will end up causing more senseless violence against them. If you truly fear for your own safety then quit your jobs as public police agents. Find a way to use your skills to help people who really need it. Do not let the state throw you and your fellow officers under the bus so that you might have to pay for the violence it has ordained. They do not really care about you. They are using you. Will you continue to let them or will you wake up one day and say, “Enough is enough!”? On that day you will open up new vistas of opportunity to be the kind of brave guardian you always hoped to be without having to sully your goodness by mixing it with the awful individuals, policies and system that make up the police state.