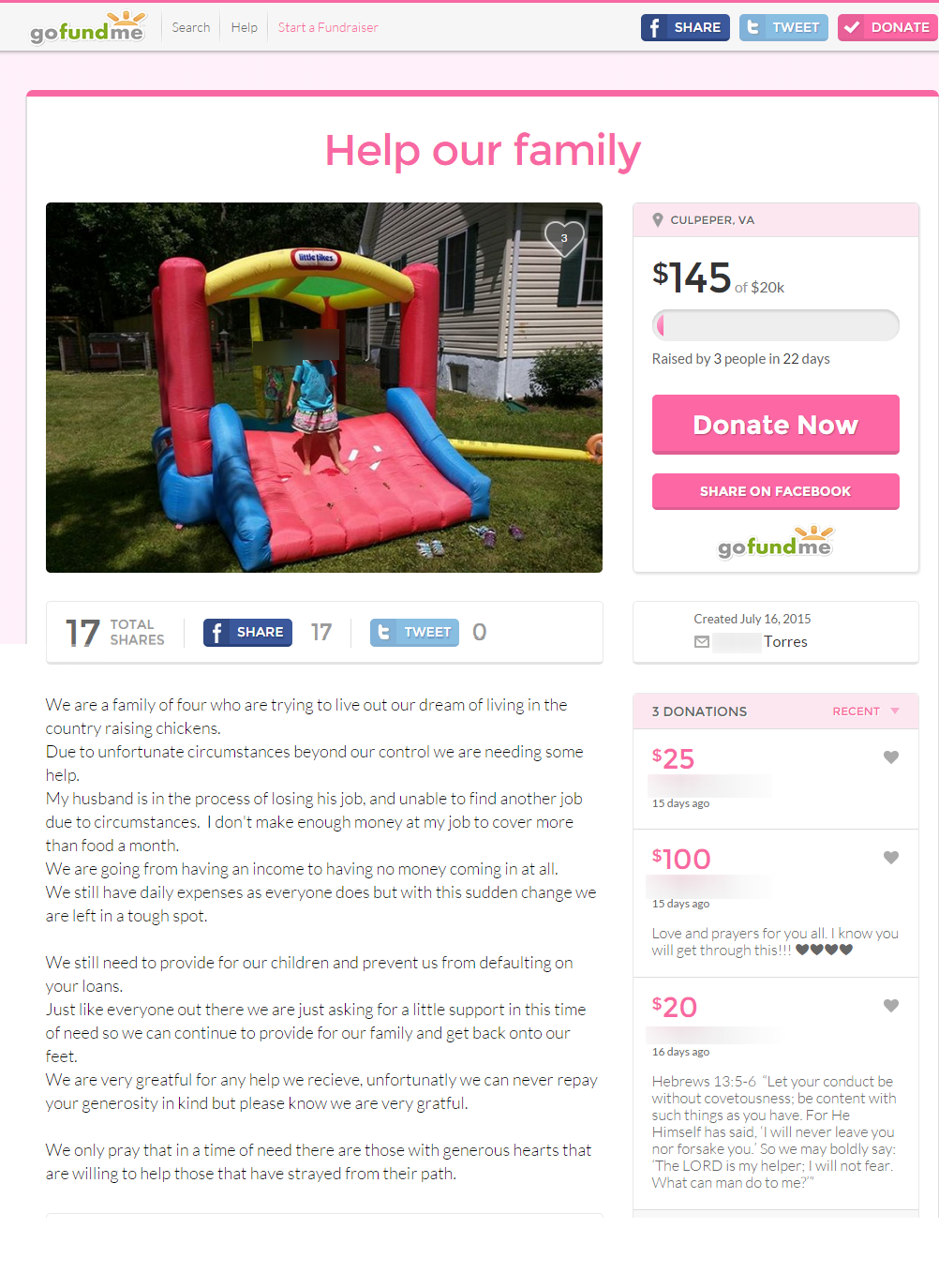 Thanks to the work of Lorelei McFly, Manda Moore, and Mike Curtis – all of Northern Virginia CopBlock – the GoFundMe account set up by Adam Torres’s wife has been taken down. That’s the story from WUSA9 who conducted the news report below and gives credit to the post (by Lorelei McFly) published here at CopBlock.org yesterday.

For those unaware, Adam Torres’s wife set up the account after he realized he was being fired from his job as a police officer. Of course the campaign didn’t mention why Torres was fired and that’s what was troubling.

In August 2013 Torres shot and killed John Geer as other officers attempted to talk him into custody. Torres claims that Geer made a motion for his pocket (or side) and he shot him because he believed he was going for a weapon. Yet, three other officers on scene that day – including a lieutenant – stated they seen no such actions themselves. Furthermore, the city of Fairfax has already settled with the Geer family 2.9 million dollars but has yet to reach a finding on whether or not to charge Torres.

And herein lies the problem.

Even though the ‘city’ (which really means taxpayers) has taken financial responsibility for the wrongful death they have yet to hold one of their own accountable. For nearly two years the investigation has yet to be completed and though rumors state that a decision may come down this month, one can’t help but ask, “why is the city so quick to settle the lawsuit but so slow to finalize an investigation?”

The answer is simple. The police department doesn’t want anymore bad publicity so they allow as much time as possible to go by before stating that Torres was terminated but not charged. This tactic is a favorite of police but a dying one nonetheless. As seen with Dubose in Cincinnati the tactic of holding onto video evidence or stalling an indictment is no longer tolerated. And thanks to the hard work of several dedicated Northern Virginia CopBlockers, neither is charity for a killer cop, stalling the conclusion of a grand jury or trying to quietly pass on pressing charges on one of your own. No matter how long it takes CopBlockers will be there to report it and seek accountability.

Stay tuned to CopBlock.org for more details about Adam Torres and Fairfax officials, as they attempt to sweep murder under the rug.

READ MORE ABOUT ADAM TORRES AND THE FAIRFAX FUCKERY BY CLICKING ANY HEADLINE BELOW: