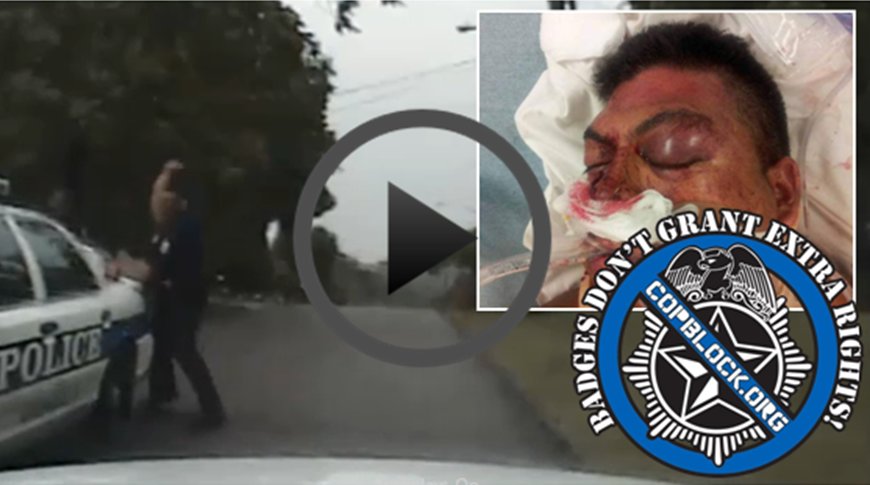 A Tennessee man is alleging in a federal lawsuit that three Knoxville police officers assaulted and beat him even though he was unarmed, resulting in an orbital fracture to his face and an extended hospital stay last year.

Officer Tom Thurman responded to a domestic disturbance call at 31-year-old Ernesto Rodriguez’s home on Roaming Drive in Knoxville at around 7:30 p.m. on July 9, 2014. Rodriguez wasn’t there but his girlfriend alleged that he had assaulted her, the lawsuit and warrants say.

The lawsuit, filed in U.S. District Court, states that officer Fred Kimber then spotted Rodriguez walking down the street and preceded to detain him by placing him face-forward against his cruiser – and then threatened to tase him when he began complaining about the tightness of the handcuffs.

Kimber then called for backup, the lawsuit says, before officer Thurman “proceeded to beat [Rodriguez] to the point of losing consciousness and being rushed to the emergency room and admitted for critical care.”

The lawsuit says the beating left Rodriguez with his eyes swollen shut and a fracture to his face – and additionally resulted in the man having to have a breathing tube shoved down his throat.

Police admit Rodriguez had to be taken to the emergency room at University of Tennessee Medical Center but have said there is  “insufficient information upon which to form a belief [about the extent of his injuries.]”

Dash-cam footage did capture some of the incident on screen. The video shows officer Thurman responding to the scene before exiting his vehicle and punching Rodriguez as the man screams in agony.

The officer can then be seen kneeing the defenseless man violently.

The footage does show officer Travis Steven Baker respond to the scene as well, and it appears the three officers continue to engage Rodriguez as he struggles on the ground – though that action occurred off screen.

As Rodriguez is later loaded into an ambulance, his girlfriend can be heard telling Kimber that he was drunk and had a knife but police confirm that the man was unarmed during the encounter.

Police say Rodriguez was initially booked for failing to obey a child support order, but assault warrants were issued against him while he was being treated in the hospital. He was kept at the Knox County detention facility for “several months” with a cervical collar around his neck.

The federal suit claims the three officers denied Rodriguez his 4th and 14th amendment rights and “falsely accused him of two counts aggravated assault and two counts of assault,” which were dismissed on November 13, 2014 – but not before he lost months of time in which he was unable to care for his family or manage his business.

The suit also alleges that officers Kimber, Thurman and Baker did not complete required reports for the incident and that supervisory officers did not properly review the reports they did make – but KPD spokesman Darrell DeBusk said, “a complaint [with the department] was never made by Rodriguez.”

Police maintain that Rodriguez “attempted” to elbow and hit Kimber as he tried to handcuff him and that he “attempted to spit on” all three officers.